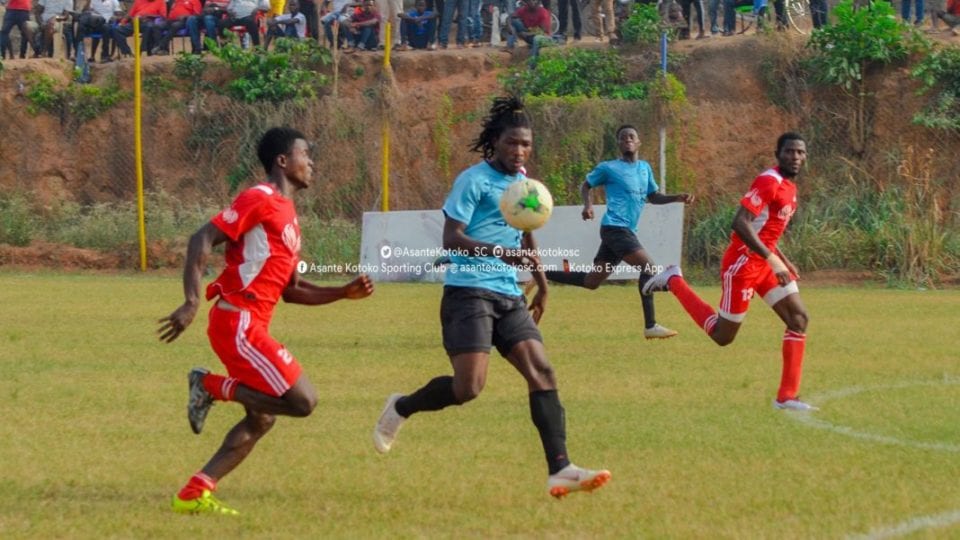 Maxwell Konadu and his charges were denied an obvious win late in the game with two goals in two minutes in stoppish time as the Porcupine Warriors were held by Asokwa Deportivo in a preparatory match staged at Adako Jaachie.

The Porcupine Warriors intensified their preparations for the President’s Cup tie against eternal nemesis Accra Hearts of Oak and the about-to-start Ghana Premier League.

Burkinabe import Sogne Yacouba put the Kum Apem lads in the lead before recess before the Division One League side found the leveller via the penalty spot.

George Abege brought clear daylight between the two sides when he netted the third goal to set the tone for victory but Deportivo reduced the deficit with a belter from a free-kick close to the penalty box in the 97th minute.

Youngster, Mathew Cudjoe was given a number of minutes to flex his muscles for his new team.

Asante Kotoko will play host to arch rivals Accra Hearts of Oak on Sunday at the Baba Yara Sports stadium in the 2019 President’s Cup.