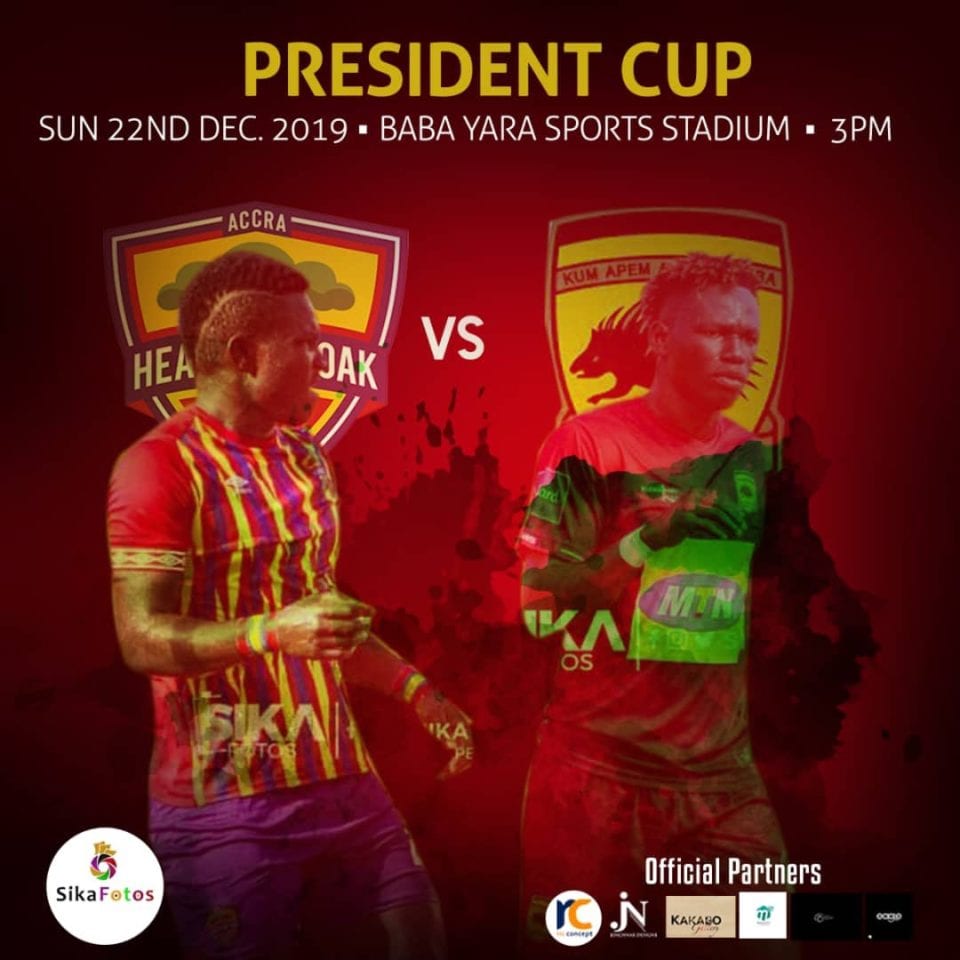 The gate fees for the 2019 President’s Cup between Hearts of Oak and rivals Asante Kotoko have been announced whiles there won’t be extra time should the game end in a stalemate according to GHALCA chairman Mr Cudjoe Fianoo.

The experienced football administrator made these revelations in an interview with Kumasi-based Light FM ahead of the game which will be staged at the Baba Yara Sports stadium on Sunday.

Gate fees for Sunday’s game between Kotoko and Hearts of Oak are as follows:

He later revealed that the match will head straight into penalties instead of an additional 30 minutes – extra time – should the game end in a draw.

“Yesterday, we witnessed a great game from both Barcelona and Real Madrid and Sunday we hope to see same display from Kotoko and Hearts so we are pleading with the supporters to be at Baba Yara sports stadium in their numbers” he concluded.

According to reports, captial-based outfit, Accra Hearts of Oak will be in Kumasi on Saturday with state transport bus – STC – ahead of the Sunday’s match against Kumasi Asante Kotoko.