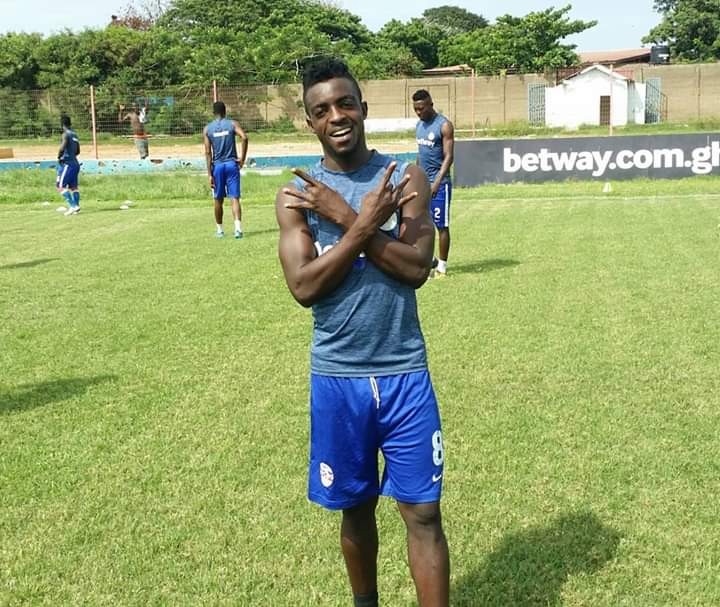 The Phobians lads will battle out with their arch rivals without their new midfield dynamo, Zonefoot. Net can exclusively confirm.

Accra Hearts of Oak new signing Frederick Ansah Botchway has been ruled out of their 2019 President’s Cup clash with Kotoko today.
The 23-year-old joined the Rainbow boys on a long-term deal on a free transfer after his contract with Liberty Professionals ran out months ago.

Zonefoot. Net understand that Coach Kim Grant’s excluded him from his squad for the 2019 President’s Cup fixture today due to tactical reasons.

He started training with Capital based club at the Pobiman training complex last week.

He becomes the third player to be ruled out of the Sunday’s game after Joseph Esso and Fatawu Mohammed.

Ansah was a regular feature in the Liberty Professionals setup after making his debut at the start of the 2015/16 season.