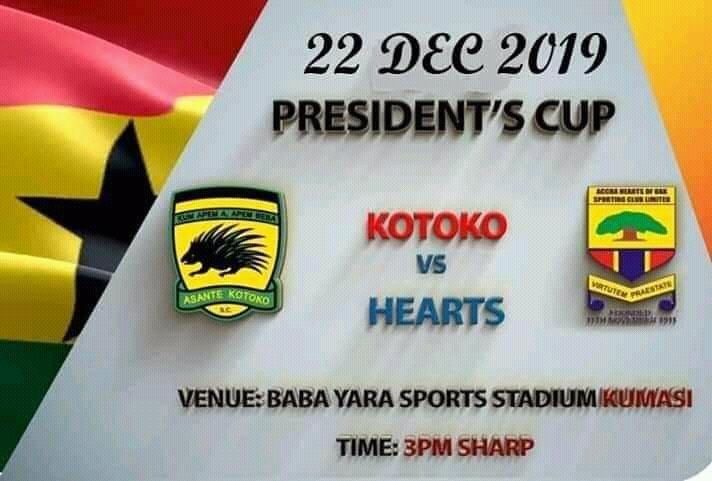 The big names such as Joseph Esso and Justice Blay may draw all of the attention in this weekend’s clash but there is an underlying crop talents coming through at both clubs.

As we witnessed last campaign, Kim Grant is comfortable with putting his faith in young Auroras products such as Manaf Umar and Michelle Sarpong and this can only be a good thing for the club which is known for producing exceptional talents.

Michelle Sarpong has taken his chance and finally found his role in the side as a right/left winger. He played enjoyed game time last term till before his injury. He looks replenished after his recovery and has been in fantastic form for the Phobians in preseason scoring and providing assists.

Manaf Umar is another young player who started every game so last season under Grant, in an attacking midfield role. With a few options in that spot, it is a testament to his ability that his manager has put faith in him and this can only be a good thing for his development. The same can be said of Larry Sumaila Ibrahim, the versatile player who now looks likely to be an impact player off the bench.

The Porcupine Warriors recorded a victory over their rivals in the semi-finals of the NC Special Competition and eventually won the competition last term.
The Kickgh office has come up with a combined XI and we know our selections will no doubt have you screaming at your computer and mobile phone…feel free to tell us we are wrong!

GK- Kwame Baah [Kotoko] – The Kotoko goalie gets the nod here. He is arguably one of the best goal custodians in the country and will pick the slot ahead of Hearts’ Richard Attah and Richmond Ayi. With Annan sidelined due to injury, this is a perfect opportunity for Baah to stake his claim.

RB- Christopher Bonney [Hearts]  – the much maligned defender has often been at the centre of calumny since joining the Phobians but not in this competition. His performances have vastly improved. The right-back has com one in leaps and bounds since Grant’s arrival at the club. He scored four goals so far all via the spot. He plays a pivotal role in pushing the ball forward for Hearts and chipping in with an assist or two.

LB- William Dankyi- [Hearts]  – Kotoko experimented with Daniel Darkwa, Abass Mohammed and recently Evans Owusu and finally settled on Patrick Yeboah. Yeboah has done a lot to make the position his. Dankyi is a no- brainer, he is a bit like a hamster in his wheel- he runs for ages and sees his life in doing so. His delivery in the final third is consistently superb and his support down the left flank of Hearts in the competition has been second to none. How ready is he for Emmanuel Gyamfi?

CB- Mohammed Alhassan- [Hearts] – No explanation needed, but we’ll indulge… The swashbuckling Centre-back has transformed this Hearts team and tightened up a defence known for shipping silly goals. Add in to that a terrific passing range, speed and a penchant for the odd goal and you might just have the perfect centre-back. The captain of our combined team. Leader!

CB- Habib Mohammed [Kotoko] – The heart and soul of the Porcupine Warriors who remains one of the very best in the business. The former Ashgold man’s progress under Zachariassen was wonderful to behold and it isn’t even a competition when Hearts’ Benjamin Agyare and, the admittedly improving, Robert Addo Sowah are the apparent rivals for a spot at centre-half in our combined XI.

CDM- Justice Blay [Kotoko] – In the absence of Richard Senanu, the Porcupine Warriors have struggled in the engine room. Prince Acquah and Emmanuel Agyemang Badu have been given the opportunity to prove their worth but none has been able to exert authority in the middle of the park like Senanu. After a slow start to life in Accra, the imposing Blay has started to show why Kotoko went for him. The midfielder is incredibly comfortable in possession and quick to snap into tackles. Now one of the first names on the team sheet.