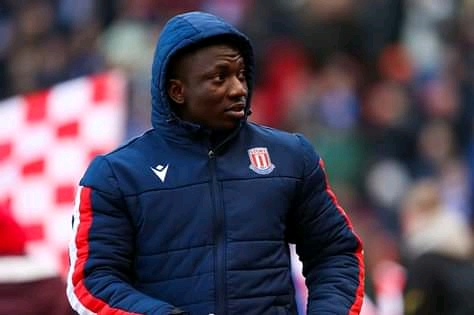 Getafe have signed Super Eagles midfielder Oghenekaro Etebo from Stoke City on loan until the end of the season.

24-year-old Oghenekaro Etebo who previously played in La Liga for Las Palmas before moving to Stoke City joined the Madrid based club on loan till the end of the season.

The midfielder had been on loan in the Canary Islands from Portuguese side Feirense, before subsequently joining Stoke in the summer of 2018 for €7.2m after representing Nigeria at the 2018 World Cup in Russia.