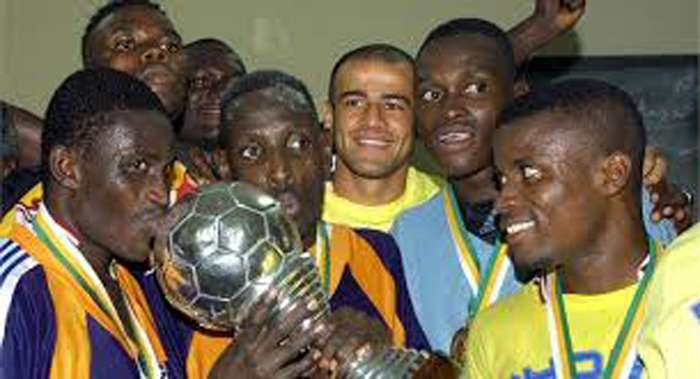 Former goalkeeper of Accra Hearts of Oak, Ebenezer Armah Dida has expressed his worry with the way his former club is being run.

The CAF Champions League winner in an interview played on Kessben FM stated that for the Continental Club Masters to get back to their winning ways, they must fulfill the promise they made to the squad that won the 2000 Champions League.

According to him, the management of the club and the fans must call the players and listen to their grievances.

Dida revealed that during their time at the club, some foreign clubs wanted to sign some of the players but the players never got to know about it due to the way the management handled things.

Dida indicated that some of the old players are in pain due to the way the club treated them and he believes the club must make amends with those players.

Dida has joined the list of the Hearts squad who has asked the management of Hearts to fulfill the promise that was made to the squad that the 2000 Champions League.

Last year, Charles Taylor was criticized by some fans of the club for saying the club failed to fulfill the promise they made to the player.

For the past 10 years, the club has not been able to win a trophy and at the moment, Hearts is yet to win a game in the 2019/2020 Ghanaian Premier League.