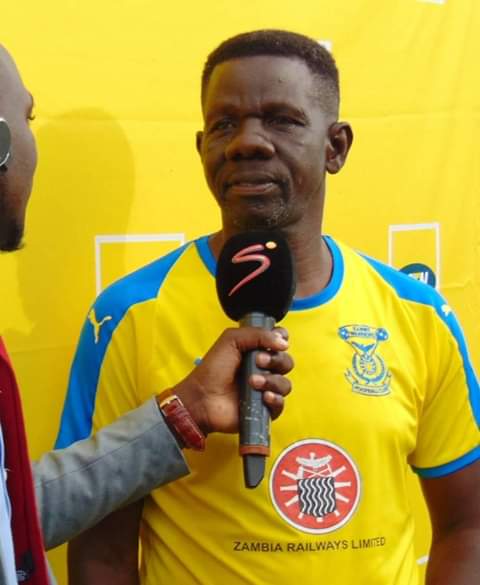 Kabwe Warriors coach, Levy Chabala praises his team after the 1-0 win over Sensational Zanaco at Godfrey Chitalu stadium in Kabwe.

Coach Chibala who says his boys did well despite injuries that have plagued the team during a post match interview.

The Railmen were without Jimmy Ndhlovu who suffered an injury in the game against Red Arrows and PATRICK Kasunga.
Twiza Chaibela was not 100 percent fit hence the withdrawal in the first half.

“We had a lot of injuries in the team but credit to the boys we managed to pick up victory. We will definitely bring in reinforcements to the team.

“We have brought in Nchimunya Munene a defender and Collen Phiri a goalkeeper to bring some relief to injuries,” said Chabala.

Kabwe Warriors moved up on the log from 8th to 6th after the 1-0 victory against the Los Bangueros.