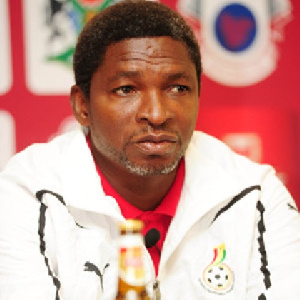 The coach of Kumasi Kotoko, Maxwell Konadu, according to report, rejected an offer to coach the Ghana national team, the Black Stars.

According to Zonefoot report, Konadu was considered for the position of the national team job by the Ministry of Youth and Sports, however, he rejected the offer as he wanted to concentrate on his job as the coach of Kotoko.

Konadu was appointed the coach of Kotoko after the sacking of Kjetil Zachariassen. At the time of his appointment, he was the head coach of the Black Stars team B and also spent years as the assistant coach of the main national team under Kwesi Appiah.

He was relieved of that position early this year alongside all the other coaches of the various national teams by the Ghana Football Association.