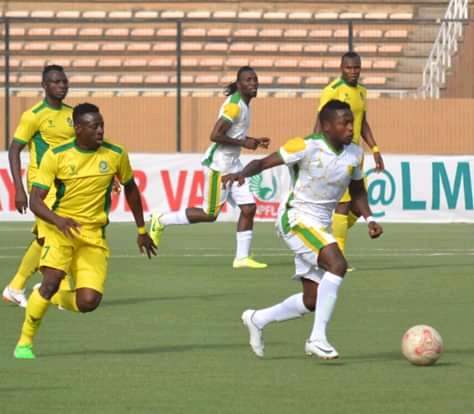 Warri Wolves will be looking to maintains their three games unbeaten run when they visits FC Ifeanyi Ubah in Nnewi.

Kennedy Boboye returns to Jos where he won the 2017 League title but this time with Akwa United who are yet to drop a point in their last five games.

The peace boys are were handed a 1-0 defeat in Katsina after the 4-0 bashing of Enyimba on match day 12, the game is going to be a tough one as both Coaches will playing against their former teams.

MFM have a lot of homework to do when they visit Lobi Stars in Makurdi, the Olukoya boys whom had record two away victories this season will be up against Lobi Stars who are the only team with 100 percent home record this season and joint top league leader with Plateau United.

Elsewhere Rivers United will be guest to Dakkada FC in Uyo as Wikki Tourist returns home to Bauchi after playing seasons away from their home ground.

The Abubakar Tafawa Balewa stadium in Bauchi will have it’s first match after renovation when Wikki Tourist play host to Sunshine Stars of Akure while Heartland host Abia Warriors in Okigwe as they search for their first win against the Umuahia Warriors.

It will be the battle of relegation survival in Kano when both newly promoted Jigawa Golden Stars and Adamawa United clashes at the Sani Abacha stadium while Kwara United will host Katsina United to extend their gap between the relegation zone.