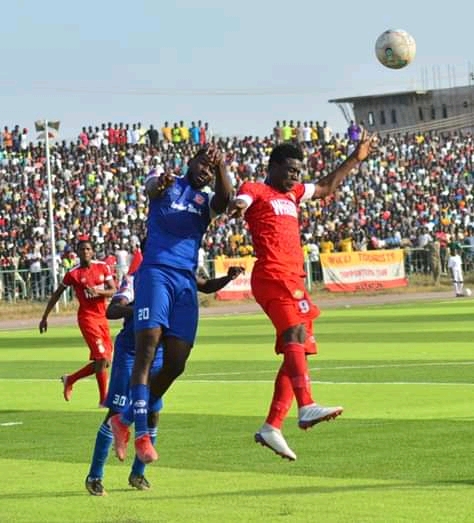 The Akure gunners took the lead before half time through Anthony Amaka in the 13th minutes, Fuad Ekelojuoti double lead on resumption of second half before Idris Guda reduce the deficit through spot kick.

In Jos, Kennedy Boboye visit to Jos end in a stalemate as Plateau United were forced to a goalles draw for the second time this season by Akwa United whom extend their unbeaten run under coach Boboye to six.

The Peace boys moved down to second on the log after draw while Lobi Stars maintains their hundred home record with a 1-0 win against MFM of Lagos to move top of the log.

Elsewhere, Warri Wolves record their heaviest defeat this season in Nnewi after taking the lead , Heartland record their first win over Abia Warriors in 11 games while Jigawa Golden Stars came out victorious in a 5 goals thriller at the Sani Abacha stadium in Kano.

Dakkada fairytale continues in the league with a 2-1 win against neighbours, Rivers United while Kwara United returns to winning ways with a 2-0 win against Katsina United at the Ilorin township Stadium.