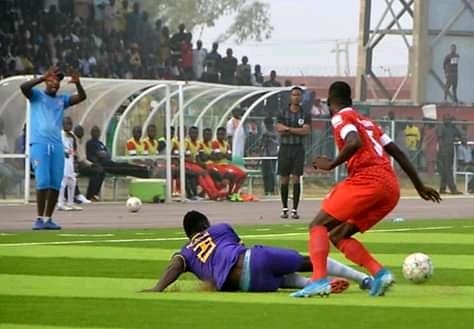 It will be a battle of new comers kn Uyo on Saturday as Dakkada FC welcome Jigawa Golden Stars to the Godswill Akpabio Intl Stadium Uyo.

Dakkada FC 5th on log with 4 behind behind table toppers Plateau United was able to end Lobi Stars fine home run on Match Day 16 while Jigawa Golden Stars were able to pick a point against Rivers United.

Warri Wolves will backing on the euphoria of their 2-1 victory against the solid Miner’s in Lafia when they visit Abia Warriors at the Umuahia township Stadium.

The Seasiders after recording their second home loss against Enugu Rangers were able to pick their maximum points away this against Nasarawa United and they set to pick up another surprise when they visits the Umuahia Warriors.

In Akure, Sunshine Stars will be looking to end Kano Pillars 11 games unbeaten run when they play host to Sai Masu Gida at the Ondo State Sports Complex, Katsina United will play host to visiting FC Ifeanyi Ubah at Mohammed Dikko Stadium in Katsina while Lobi Stars be at home for the second time in a row when they host bottom placed Nasarawa United.

Other centers will see League leaders Plateau United visiting MFM in Lagos to maintained their top spot, Akwa United set bounce back from the 2-0 loss to Kano Pillars when they host Fidelis Illechukwu side while Stanley Eguma boys will welcome visiting Wikki Tourist as they seek move to submit of the NPFL log.