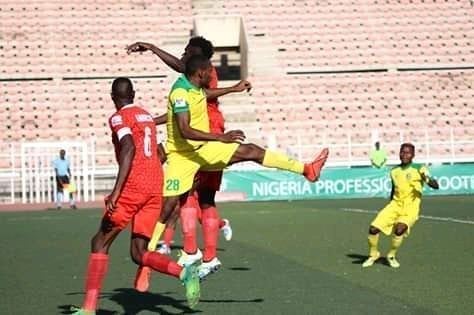 It will be battle of the top when Lobi Stars will seek revenge on Sunday at the Aper Aku Stadium against League leader Plateau United.

Another big game of the day will be at the Yakubu Gowon Stadium in Port Harcourt between Rivers United and Kano Pillars.

Rivers United, third on the log will be looking to keep their title ambition alive when they take on Sai Masu Gida whom they held to a draw on match day one of the 2019/2020 season at the Sani Abacha stadium in Kano.

Elsewhere, Akwa United will be looking to end Warri Wolves invincible tricks when they play host to Seasiders whom they have failed to beat in 7 games, Sunshine Stars against Rangers in Akure While Heartland will back on their 5-0 bashing of Adamawa United against MFM in Lagos as they seek for revenge over the loss in Okigwe on match day one.

Also, Adamawa United will lock horns with FC Ifeanyi Ubah in Gombe, the relegation battling side were ruthlessly beaten last weekend by Heartland FC in Okigwe and needs a win against the Anambra Warriors if they want to survive the season as Nasarawa United host in form Enyimba in Lafia.