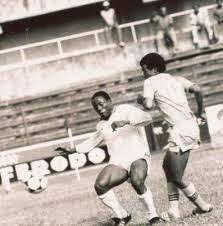 During the early stages of the development of club football in Nigeria
Clubs from the city of Lagos were dominating the Nigeria football until 1972 when the first league championship was organised by the federation.

The Nigeria FA was dominated by clubs like Lagos Marine and Lagos railway from 1940 to 1950 before teams from Calabar, Port Harcourt and Ibadan started writing their names on the list of champions.

After the league was formed in 1972, Mighty Jets and Bendel Insurance were the first two winners before Enugu Rangers dominance started in the third season of league.

In 1976, Shooting Stars sports club of Ibadan won their first title after Rangers won the title back to back in 1974 and 1975

Iwuanyanwu Nationale ( Heartland FC) came into the party of champions in 1987 with Enugu Rangers already leading the chart of most successful club in the league with 5 titles while Shooting Stars and Bendel Insurance were on three and two titles.

Iwuanyanwu Nationale ( Heartland FC) won the league 4 times in row, from 1987 to 1991 before Julius Berger of Lagos ended their dominance in 1992.

Nigeria, Most Successful club, Enyimba came into the limelight in 2001, ever since then Enyimba has been the most consistent team in the league followed by Kano Pillars who had their first title in 2008.

Here are list of some Nigeria great clubs during the 70s, 80s and 90s