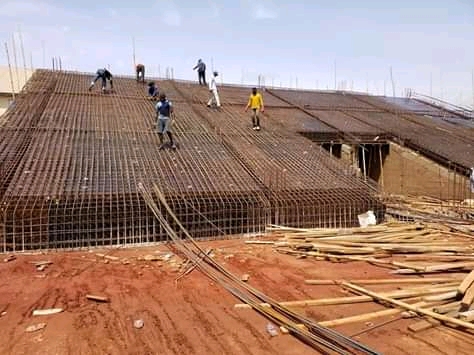 The University town of Nsukka will soon be bubbling with sports activities as the stadium was part of the N3.2b contracts awarded last year by the Enugu State Government is already taking shape with latest picture from works so far.

According to the Enugu State Government, the Nsukka township Stadium will cost N1bn during the phase of construction.

Nsukka Township Stadium, when completed, will not only provide ultramodern sporting facilities to the ebullient youth, but will take it close to those at the grassroots.

Anyone who is familiar with Coal City, will attest that Nnamdi Azikiwe Stadium, no matter useful it is to the state, can no longer be enough to satisfy sporting urge of Enugu residents; alone, talk more of the developing communities around the state capital and the entire people residing in the state.

Nsukka Township Stadium will reduce the over dependence on the aging Nnamdi Azikiwe Stadium and provide more opportunities for our teeming youth.

Enugu State is one of the state in Nigeria with no state stadium, the Nnamdi Azikiwe Stadium was built by the Federal Government before handing it over to the Enugu State Government.