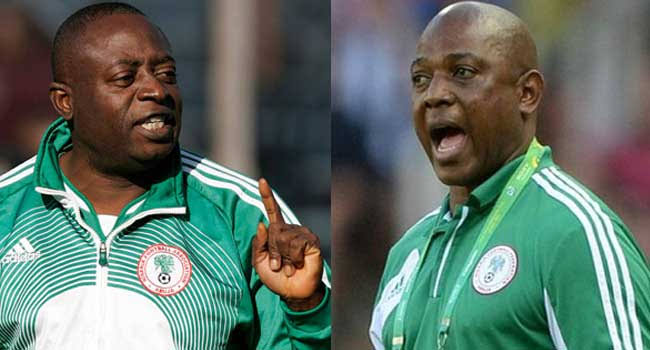 Nigeria Sports Minister, Sunday Dare has ordered the expansion of the ministry welfare list to include the country former sports heroes.

The list being drawn up to expand the reach in terms of welfare for the families of Nigeria’s late sports heroes and the living who are in need of assistance as ordered by the Minister of Youth and Sports Development Mr. Sunday Dare, include the families of late coaches Shuaibu Amodu, Stephen Keshi, and Mudashiru Lawal Manga Muhammed who were footballers to mention but a few.

Speaking on the list the Minister said, “We have complied a list of not only ex players and athletes, we included coaches who served their father land.

They deserve be part of what we are doing. Their families as well as those with one form of ailment or the other.

“Someone like Late Stephen Keshi who won the Nations Cup 2013 in South Africa. We need to visit the wife and family. The man served this country both as player and as a coach. it is four years today late Stephen Keshi passed away we cant pretend to forget so soon that he was truly a patriot and as well legend of the round leather game.

“Late Shuaibu Amodu was one of the first coaches in this country that qualified us on two occasions to the World Cup, his parents and family deserves our love. They should know we still remember him.

“The family of late coach Musa Abdullahi who was the U17 coach in 2001 will be visited too. Late Manga Muhammed a player who played in the under-17 world Cup Japan 93 where the country won the trophy, we need to go to Kano and see his family.

“Late Mudashiru Lawal, was another legend of the game as far back as the early 80’s. I personally made an arrangement to ensure that the family will be visited too.”

The Minister added that the welfare scheme will henceforth provide monthly stipends for the families of late and ailing athletes and ex-players through the Nigeria Football Federation as well the Athletics Federation of Nigeria.

“The most important thing is that we have created a welfare scheme for our past heroes and heroines. We are close to changing the narrative completely and we will continue to update the list as time goes on,” the Minister assured.