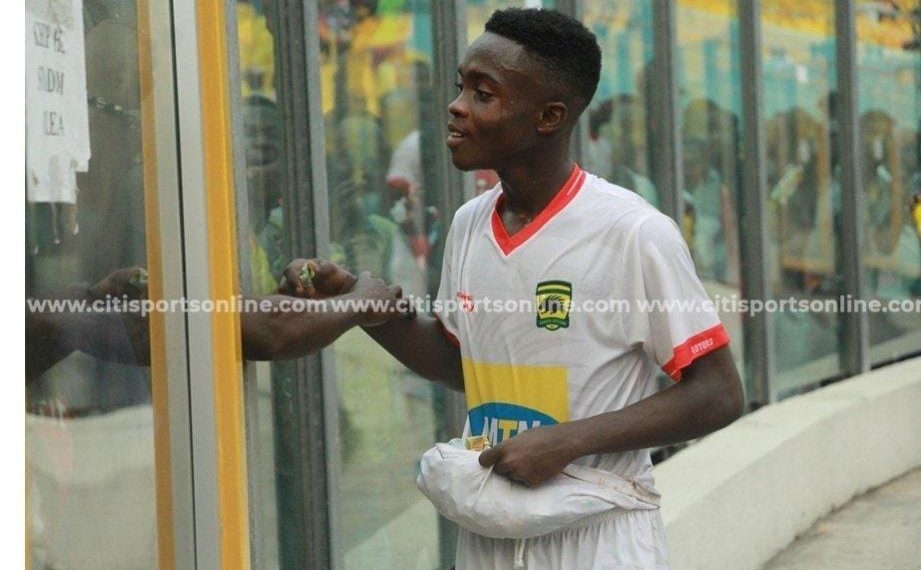 Ghanaian prodigy Matthew Anim Cudjoe could make a return to Kotoko next season, despite media speculation about an imminent move abroad.

Nicknamed the Ghanaian Messi because of his diminutive nature and dribbling ability, the national U17 star has been linked to Bayern Munich after a trial stint with the German giants in February.

“Honestly, in the interest of the boy if he wants to play any team in Ghana again then it should be Kotoko, it’s Kotoko’s chance to lose him if they want it that way,” Cudjoe’s agent Samuel Anim Addo told Ghana – Kumasi Base Radio Station Wontumi Radio

“If there should be a foreign contract then he will leave but if not then he’s for Asante and everyone knows what my stand is so if KOTOKO doesn’t do the right thing and lose him, I can’t be blamed because it is clear if he wants to play in Ghana again then it is Kotoko.

“Currently there is no management rather the board and I have not received any call from anyone after the expiration of his contract, so far the only person in Kotoko who keeps in touch is coach Maxwell Konadu

I am sure they know what to do because they already know what the boy can bring on board and I am open to renegotiating with them.

“If he is to return to the club, we wouldn’t do politics like he’d travel abroad so we won’t let him play certain games or because of his age. This is what gave Maxwell the chance because he assured me he will hand him enough playing time.

“We will consider a lot of things like his diet, building, development etc before we will think of extending his contract with Kotoko.”

He was the toast of fans as Kotoko beat arch-rivals Hearts of Oak in matchweek six of the championship after coming on as a second-half substitute in Accra.

The Prestea-born is a member of Ghana’s U17 side.