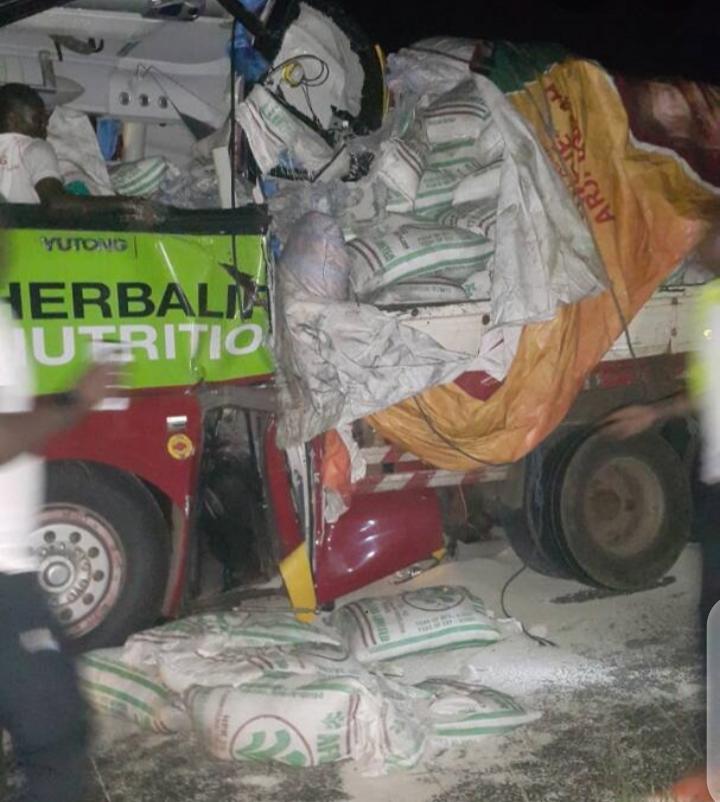 On this day 12 July 2017 (Exactly 3 years ago today) Kotoko SC suffered a misfortune with tragic consequences.

The players were returning from El-Wak Sports Stadium after a League match with Inter Allies when the bus in which they were traveling ran into a ditch, as a result of which most of the players sustained a spine injury.

Kotoko’s team had been returning to Kumasi after a game against Inter Allies in at the El-Wak Stadium in Accra.

The team bus of the Porcupine Warriors was involved in an accident around 10pm at Nkawkaw on their way to Kumasi, the Ashanti Region capital.

The bus had about 35 occupants made up of players and team officials.

The bus is reported to have run into a slow moving truck loaded with rice, with registration number AS 7329-13.

Kotoko management confirmed the accident on the team’s official twitter account. It said “The accident occurred around 9:45pm at Nkawkaw, when our bus ran into a stationary vehicle. Personnel on the bus are generally fine. Some are however receiving treatment at the Holy Family Hospital, Nkawkaw”.

Some of their players and match officials were scathed. The likes of Baba Mahama, Isaac Amoako and Olenu Ashitey escaped death after the accident but haplessly their equipment officer, Thomas Obeng Asare kicked the bucket after he was rushed to Holy Family Hospital located at Nkawkaw and this saddened Ghanaians. This very day, 12th July marks 3 years since that heart-rending event occurred at Nkawkaw.