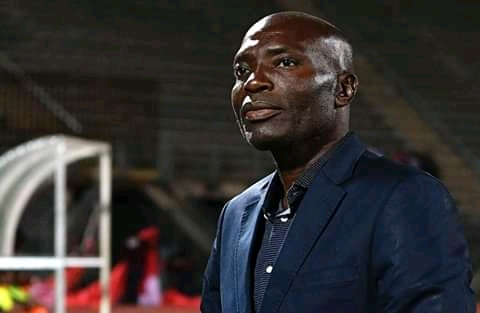 Nyirenda, who has signed a short-term contract for the remainder of the 2019/2020, says that he is happy to be associated with The Elite.

“It is great to be associated with Lusaka Dynamos FC. For the next 3 months we shall work tirelessly to see that we end this current season in the best position. If everyone works accordingly, and pull in the same direction we can achieve the unthinkable. God will guide us through,” posited Nyirenda.

The former ZESCO United and ZANACO coach joins The Elite a few months after he resigned as head coach of Baroka FC who he coached all the way to winning the Telkom Knockout Championship of 2018. His current contract could be extended to next season.

The gaffer was head coach of the Zambian national football team from January 2017 to May 2018 and also worked with the Zambian Under-20 team that won both the Cosafa Under-20 Championship in South Africa and the African Youth Championship in Lusaka. During this period, he presided over an impressive 2018 World Cup qualifying campaign that saw Zambia beat Algeria home and away and could have beaten Nigeria but for a referee blunder that saw chipolopolo finish second in a group containing traditional heavyweights Nigeria, Algeria, and Cameroon. He also took Zambia to the African Nations Championships (CHAN) finals and the COSAFA championships.

Nyirenda previously led Zambian side ZESCO United to their first ever league championship in his first spell at the club in 2007, and achieved a similar feat after guiding Mozambican side Ferroviario de Beira to their first trophy in the club’s 92-year history in 2015. In Mozambique, he also coached Hidroelectrica de Cahora Bassa in Tete Songo.

As a player, Wedson played as a striker for Power Dynamos and Nchanga Rangers and later played for Kaizer Chiefs.

His honours roll include winning the Zambia Super League with ZANACO in 2009, being voted the 2008 Coach Of The Year, the award he also won in 2007, winning the league as an assistant coach in 2006 as well as in 2005.