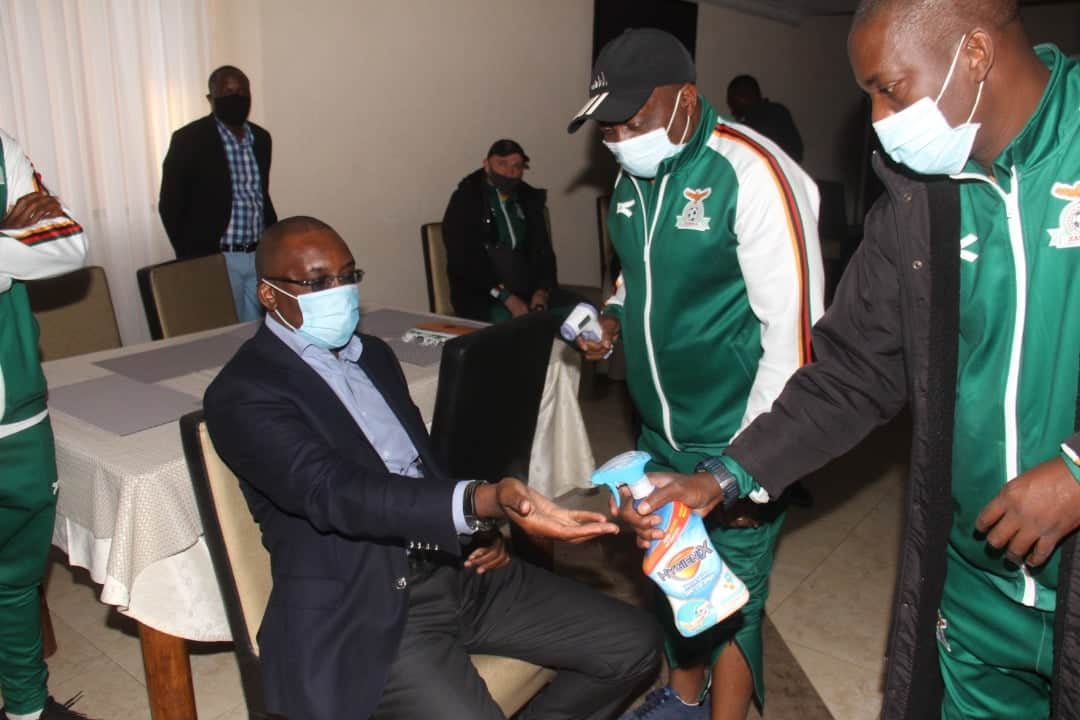 FAZ president Andrew Kamanga says his executive committee is actively monitoring the covid-19 situation in the country and liaising closely with the health authorities in case of any major decision that needs to be made.

Speaking on the sidelines of the Video Analysis and Scouting course in Lusaka, Kamanga said the Executive Committee will deliberate on the league status on Thursday as one of the agenda items.

Kamanga said that FAZ has been engaging the ministries of sports as the supervising authority and also their health counterparts on the progression the league that resumed on July 18.
“We are actively monitoring the situation and should need be, we will inform the nation on how we proceed with the completion of the league; whether we will continue on this path or not. If it becomes unattainable, a decision has to be made to either stop the league or declare it null and void but that’s the decision which will be made by the executive,” he said.

Kamanga said FAZ has also kept tabs on the spike in numbers in the incidence cases of covid-19 and will advise on the way forward.

“Regrettably, the flow of results has been a bit slow not because the Ministry of Health didn’t want but simply because of the situation at hand because suddenly, we have had a high incidence of cases and the numbers have been going up. We will have a report and look at where we are and ultimately, decisions will be made in the best interest of the footballers themselves and also taking into account what is obtaining on the ground,” said Kamanga.

The FAZ chief said the tripartite engagement with FAZ, Ministry of sports and health had agreed that going forward all teams should be tested 72 before any fixture with results available 48 hours before any match.

Kamanga stressed that whatever decision was going to be made in the health interest of the players and staff.

FAZ resumed its league on July 18 starting with National Division One and the Super League.