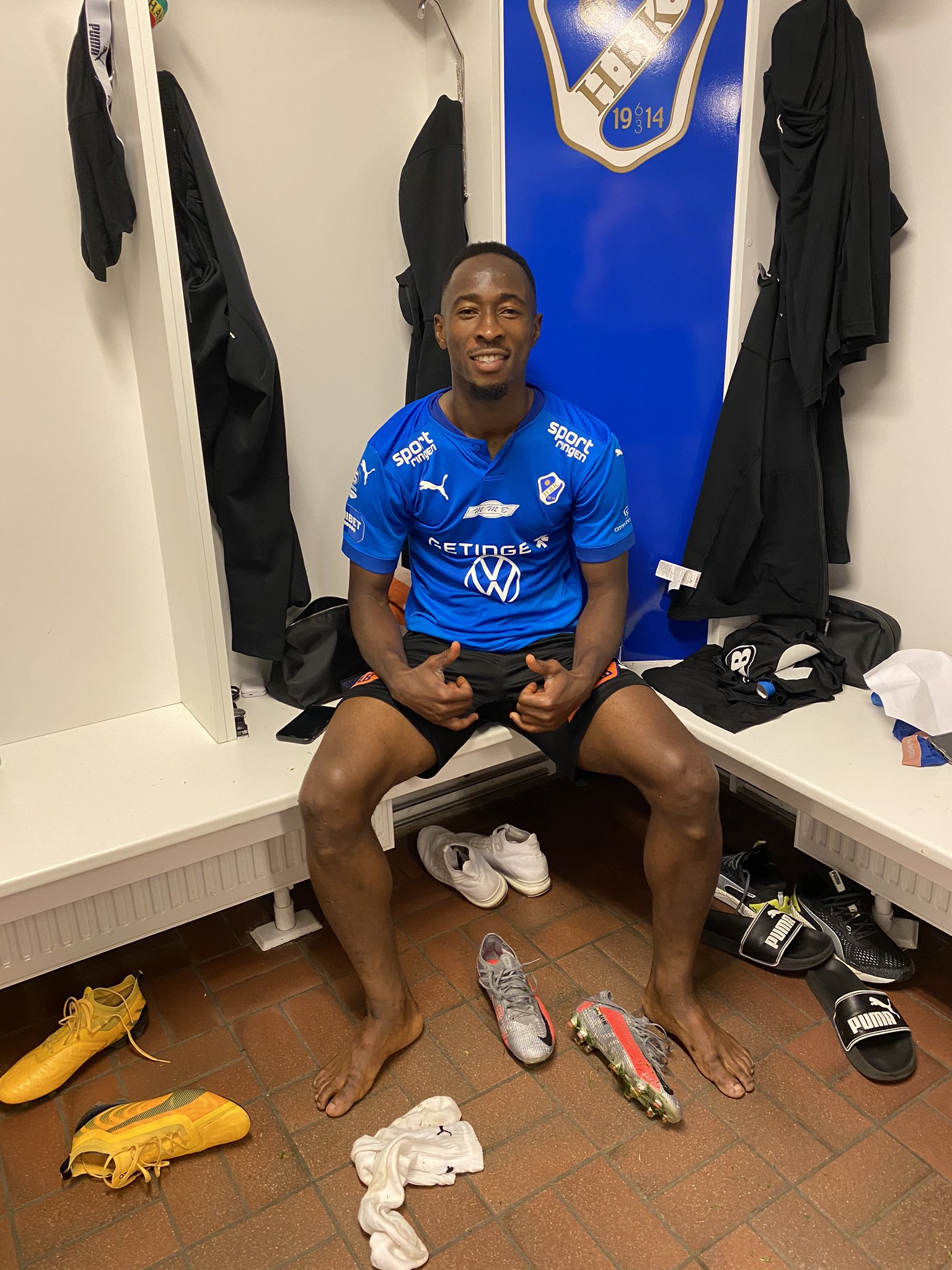 Ghanaian forward Sadat Karim was not on target but he contributed immensely to a Halmstads BK league victory over Västerås SK on Wednesday.
Karim assisted two of Halmstads goals in the 3-2 away at the Iver Arena in the Swedish second-tier clash.
The 28-year-old assisted the first goal scored by compatriot Thomas Boakye and Sierra Leone’s Alhassan Kamara winner.
Boakye scored to open the scoring for the Blue and Black lads three_ minutes into the game after receiving a pass from Sadat.
But the lead lasted until the 17th minute as Västerås SK equalised through Karwan Safari .
Halmstads BK regained their lead after the break. Samuel Kroon scored from the penalty spot for the visitors but Västerås SK produced another equaliser courtesy.
Then with nine minutes remaining, Karim delivered another assist for Sierra Leonean international Alhassan Kamara to convert and sure three points for the visitors.
The former Hearts of Oak player has been involved in five goals (1 goal and four assists) in 12 appearances thus far.
Send your new.