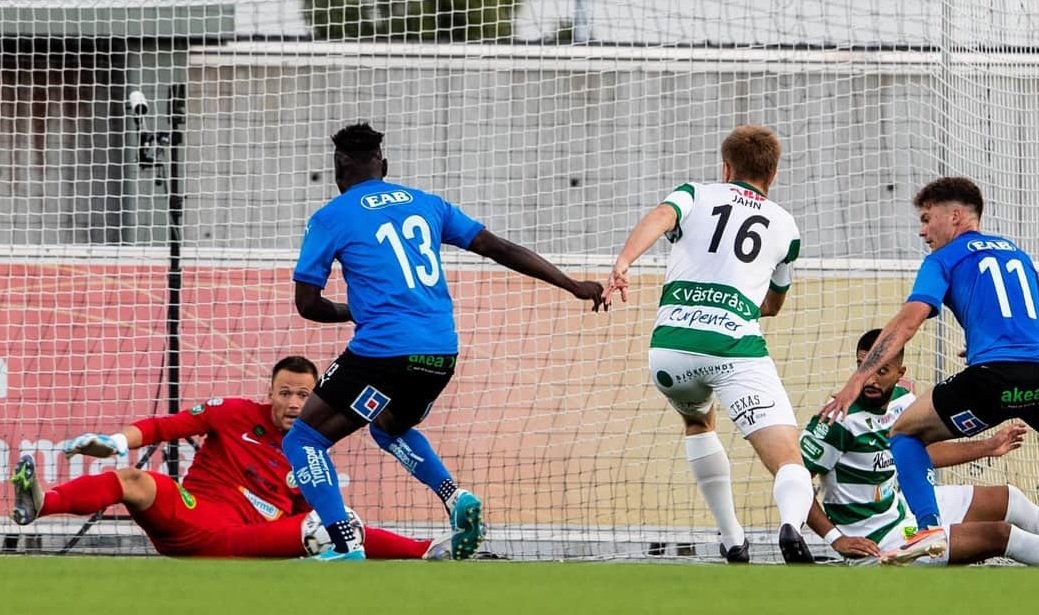 Sierra Leone striker Alhassan Crespo Kamara scored his first Swedish Superetan goal for Halmstads BK first team after 19-months out injured. His goal came in the 81st minute in their 3-2 win over Vasteras SK on Wednesday. The former Orebro BK striker was introduced in the 77th minute replacing Mikael Boman to make his first senior appearance for the club. He last played a top-flight game for Greek side Panetolikos, where he scored four times in all competitions before he suffered a serious injury in December 2018.  Thomas Boakye opened the scoring for the visitors in the third minute but his goal was cancelled fourteen minutes later by Vasteras’ Karwan Safari.  Samuel Kroon restored Halmstads lead in the 51st minutes from the spot before Brian Span draws the game level in the 73rd minute of play.  Matchday winner Kamara registered the vital goal three minutes after he was subbed on assisted by Karim Sadat.  As a result, Halmstads standing second behind Degerfors with 19 points from their opening nine matches.  Meanwhile, early this month, he scored for the HBK U21 side against IS Halmia at the Örjans Vall in a friendly contest.