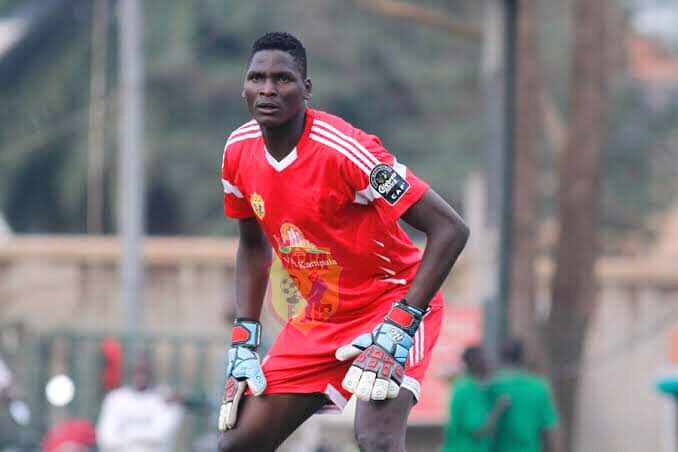 Police Football Club unveiled goal keeper Tom Ikara as their fourth signing in this ongoing Transfer window ahead of next season.

Upon Ikara joining the cops, he was heavily liked to join the reigning Champions Vipers SC and URA Football,

While talking to Ndibba.com he did reveal the reason why he shun those deals despite the fact that they seamed juicy compared to Police FC’s deal.

“Joining Police FC, I wanted playing time and did not want to make the same mistake I made at first while joining KCCA FC because I did not get chance to play enough as I expected.” Tom Ikara disclosed to this site before adding.

“At Police FC, am expecting to get enough playing time which will help regain my form and confidence and am contented with the deal that is why I left out Vipers Sc and URA FC deals.”

“I know Police FC is a historical club in the country and will do my level best to put them were they belong.” He concluded.

Ikara Tom was released by KCCA FC after his one year loan deal with Mbarara City FC had by ended and is expected to fight for a starting berth in goal posts for cops together with Davis Mutebi if he stays at the club.