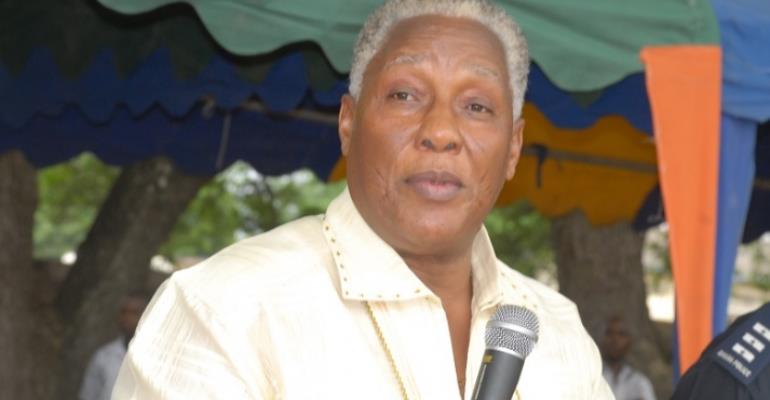 Former Black Star forward, Prince Polley, has revealed and alleged that his threat to leave Black stars camp before the Tunisia 1994 Nations cup was due to the influence in selection by former Sports Minister, E.T. Mensah.     Polley told Ghana-Graphic Sports online in an exclusive interview in Kumasi that after failing to make the first team for the opening match against Guinea on March 27,1994, Coach Jim Amoah stormed his hotel room with a bible in hand and confessed to him (Polley) that it was the Sports Minister who influenced the team selection for that particular match.  “All the senior players were shocked when the coach dropped me during the opening match against Guinea but kept silence and went into my hotel room which I shared with Tony Yeboah”he revealed.  “I was at the stage that I told the coach that if the Sports Minister can use a few minutes to influence him in his selection in a tournament as important as this, then I am vacating camp to return to Holland because my team need my services so much.  “I therefore, asked him to release my passport to me to return to Holland the following day” he added.  The former Kotoko goal poacher said it was based on that incident that he refused to sit on the bench in Black Stars opening game against Guinea.