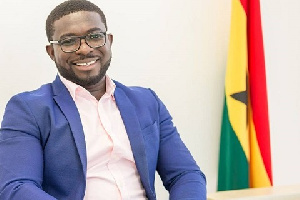 Owner of Phar Rangers Football Club, Nana Yaw Amponsah has been appointed as the new Chief Executive Officer (CEO) of  Kotoko, Zonefoot. Net  can report.   The writings have been on the wall for the past few months following the dissolving of the management team of the club by the new board of directors of the club.  Though at a point, it was speculated that the Porcupine Warriors club was looking elsewhere, recent reports confirmed that he remains the man for the top job at the club.   Today, a report picked up from Ghana- Kumasi Base Radio Station Fox FM has revealed that the 12-member board of directors of  Kotoko has finally agreed to appoint Nana Yaw Amponsah as the new CEO of the club.  The report adds that the board of directors is scheduled to make an official announcement on Tuesday, August 4, 2020, at the end of a meeting.