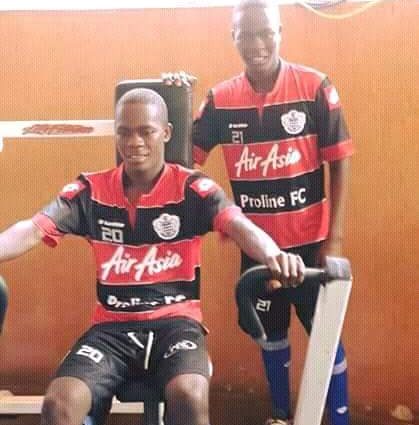 SC.Villa are slowly but steadily getting into the ongoing transfer market business as they aim to beef up their squad prior to the 2020/21 season.

Ivan Kato (white) in action against KCCA FC at the Startimes stadium. Photo by Ronnie Lusulire.
Kato whose football journey origates from Kamwokya, Kataka grounds just like Derrick Ndahiro is a calm, silky and composed lad who plays as an attacking midfielder with much ability to create chances for strikers as well as finding the back of the net.

Together with his elder brother Wasswa, they spent most of their time at Proline soccer Academy before they were promoted into the senior team but found it abit hard to break into the first team despite their brilliant and unique talent.

Magical Kato during a warm up session prior to a match at KISU. Photo Courtesy.
Kato has recently had stints at Ntinda United and currently at Super Cubs.

Unlucky not to have announced him self at the big stage given his talent and ability but could the record champions scoop his signature, they will without a doubt have got the man who will add a lot of creativity in their team.