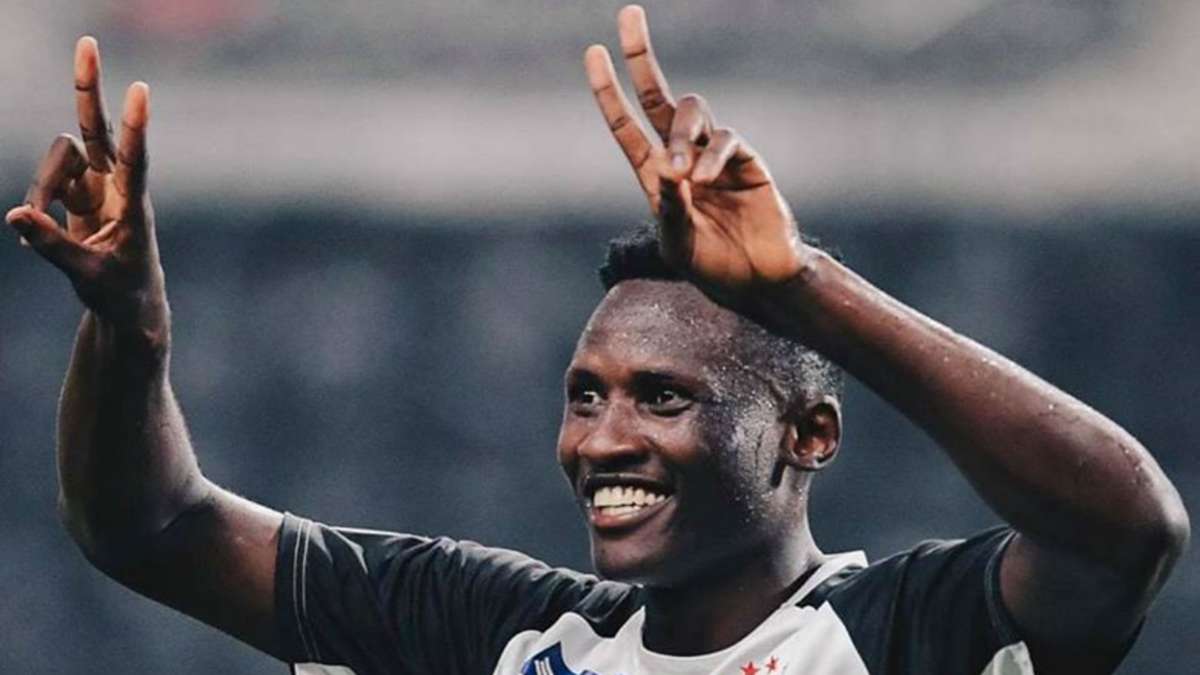 [responsivevoice_button rate=”1″ pitch=”1″ volume=”0.8″ voice=”UK English Female” buttontext=”Listen to this article”]   The former Gor Mahia star was on the score sheet yet again despite his side missing out on three points on Saturday  Kenya international Michael Olunga continued with his scoring form in the Japanese J1 League after he found the back of the net against Yokohama F. Marinos in a 1-1 draw on Saturday.  The former Gor Mahia striker took advantage of a defensive blunder to make a solo run and fired home a powerful shot to give Resyol the lead in the 62nd minute.  However, Reysol could not hold onto the lead as Yokohama drew level in the 78th minute when Ado Oneiwu scored from close range to deny Reysol a fifth straight win in the top-flight.  Editors’ Picks Barcelona to make £14m bid for Man City defender Garcia Why hasn’t Guardiola won the Champions League since he left Barcelona? Messi and Ronaldo find themselves at concerning Champions League crossroads Dario Sarmiento: Argentine wonderkid who has legends kneeling at his feet  Olunga’s goal was his 10th for the season and thus became the first player in the history of the league to reach the 10-goal mark in every division of the Meiji Yasuda J. League.  Olunga has now turned out to be a dependable and prolific striker for the 2019 J2 League champions in the top-flight as he has now scored in the last five matches.  The former Thika United, Tusker and Gor Mahia centre-forward failed to score in the first three matches since the J1 League restarted on July 4 but his recent fine form now sees him top the scorers’ chart with 10 goals.  Olunga’s closest Golden Boot challengers include Yu Kobayashi of Kawasaki Frontale, Musashi Suzuki of Consadole Sapporo, Marcos Junior of Yokohama Marinos, Leonardo Perreira of Sanfrecce Hiroshima and Kyogo Furuhashi of Vissel Kobe.  The towering Olunga, who scored his first J1 League hat-trick against Vegalta Sendai on July 26, has established himself as one of the clear favourites for the Golden Boot at this stage.    Article continues below He was the runner-up in the second division when he managed 27 goals in a successful campaign which pushed Kashiwa Reysol back to the top tier.  In other matches played on Saturday, Shimizu Pulse beat Hokkaido Sapporo 3-1, Nagoya Campus recovered from losing to Resyol to hammer Urawa Reds 6-2, Kashima Antlers won 2-0 against Sagan Tobu, Kawabaki Frontale won 2-0 against Oita Trinita, Gamba Osaka picked up maximum points against Yokohama FC after a 2-1 win and Vissel Kobe lost 1-2 against Vegalta Sendai.  Olunga’s next match will be a J. League Cup against Oita Trinita on Wednesday before they resume league action with a clash against Cerezo Osaka on Saturday