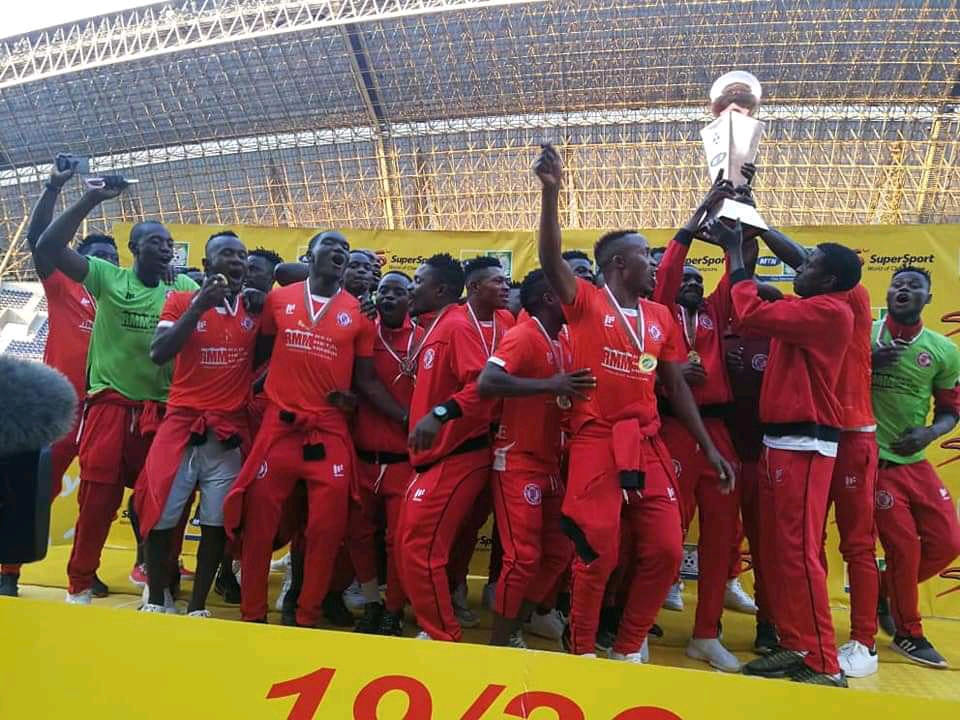 Nkana Football Club of Kitwe has finally crowned champions of the MTN/ FAZ Super League after the game between Forest Rangers and Zanaco ended goalless at the Levy Mwanawasa Stadium in Ndola on Sunday.

With the Red Devils claiming their 13th Super League title, extend their record as the most successful club in the Zambian league, but this was achieved through a narrow victory.

Nkana and Forest Rangers both finished on 50 points from the shortened Super League season that ended on week 27 due to Coronavirus pandemic, but the former’s +17 goal-difference was four better off than Rangers, who are denied their first-ever title victory.

Nkana and Forest Rangers will be Zambia flagbearer in the CAF Champions League while Green Eagles and Napsa Stars will represent Zambia in CAF Confederation Cup.