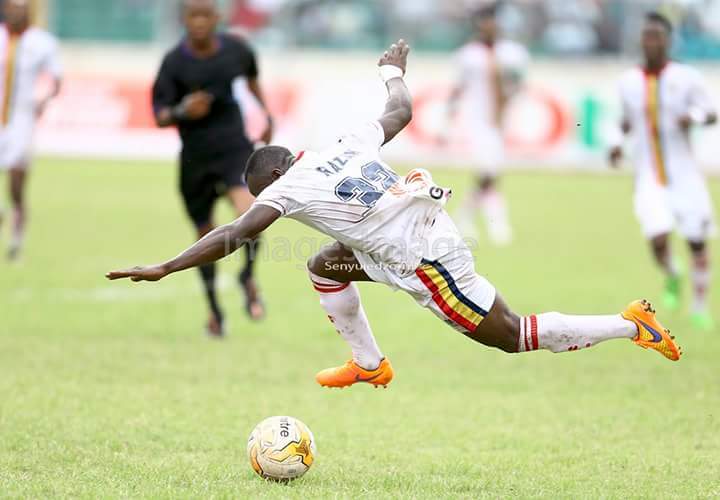 Capital-based heavyweights Hearts of Oak are set to reunite with former player Patrick Razak, according to reports from Ghana- Kumasi Base Radio Staion Fox FM.

The speed merchant left Hearts of Oak to join Guinean Champions, Horoya SC in 2018 but failed to establish himself due to a myriad of issues which includes but not limited to niggling injures which eventually led to a termination of his deal.

The 25-year-old winger was earlier linked with a move to Kotoko however it is believed the player nicknamed the ‘Razor’, could be returning to his old stomping grounds bar any last minute change.