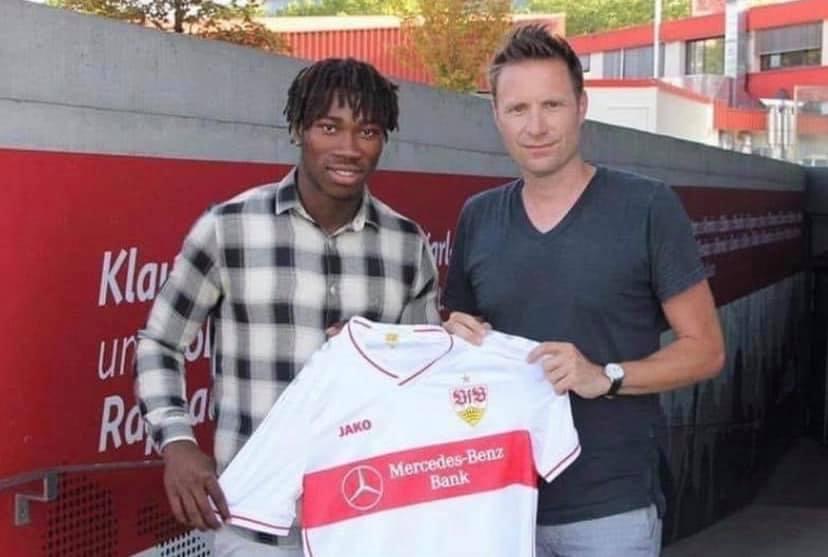 German top-tier side VfB Stuttgart have completed the signing of 16-year-old striker Mohamed Sankoh from Stoke City on a five-year deal.

The Dutch/Sierra Leonean youngster, who has already played for the Netherlands, has been recently dubbed as the new Romelu Lukaku.

He was arguably the hottest property in the Championship club’s academy.

Sankoh was the youngest member of the Oranje youth’s 2019 UEFA European U17-winning team, featuring against France in the groups and Belgium in the quarter-finals.