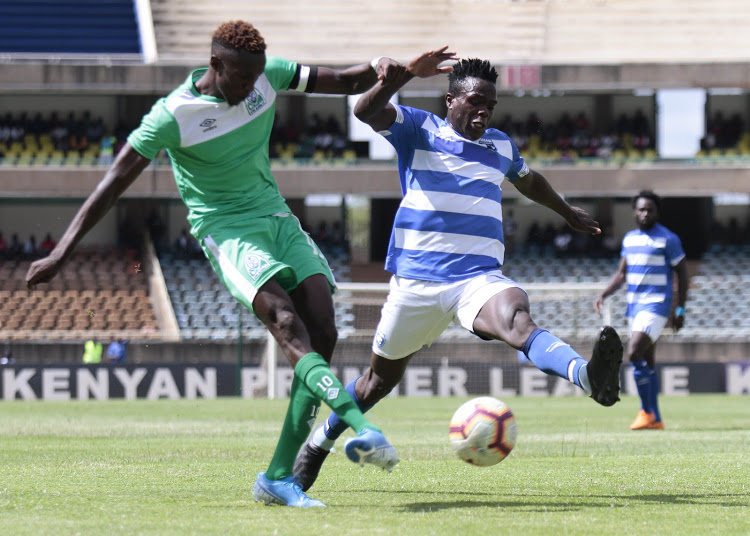 AFC Leopards head coach Anthony Kimani has admitted that the departure of Harambee Stars striker Vincent Oburu has thrown his plans for next season into disarray.

Kimani said he had seen Oburu as key to their quest for the national title they have failed to win in decades but the club confirmed they had instead parted ways with the fast-rising striker after negotiations to extend his contract came a cropper.

“AFC Leopards can confirm Vincent Oburu will depart the club after three years of service. The forward’s time with the club ends after he opted not to extend his new contract which was offered to him in February,” read a statement from the club.

However, Kimani remains optimistic that Oburu’s exit will create an opportunity for another player to showcase his talent. The former skipper at the club showered Oburu with praises for his contribution in the past three years since his elevation from the club’s junior side.

“He is a talented player but as a coach I am always prepared for such eventualities. opted for another challenge and we can only wish him best of luck. He was an important player and his departure is a big blow but it will in turn out to a blessing to another player who will fill his shoes,” said the retired Kenyan international.

After watching Oburu, who has been linked with a possible move to Wazito, leave, Kimani revealed his desire to bring in a few players to beef his squad ahead of the new season.

Leopards have already captured Harrison Mwendwa from Kariobangi Sharks and are reportedly closing in on Kakamega Homeboyz’s winger Peter Thiong’o.

“We have to bring in a few players to strengthen a few areas as well as have the required depth to sail through the season,”added Kimani.

Meanwhile, club’s secretary general Oliver Sikuku said they are in negotiations with several players identified by the technical bench as well as those whose contracts are coming to an end.

Among the players Leopards are understood to be sweating to keep is Elvis Rupia, whose short term deal ended in May.

“We are still engaging players who are in the final months of their contracts in a bid to convince them to extend their stay.We are also talking to our targets and maybe by the end of the week we will announce the new arrivals and those who have extended their stay,” he said.