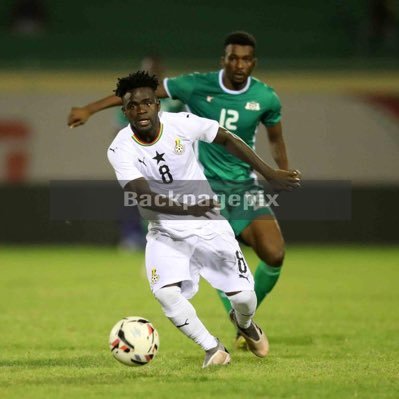 Former Ashgold midfielder, James Akaminko has put Kotoko on Red alert after revealing he will ‘grab the opportunity’ to join the Ghanaian giants.

Akaminko, who is the junior brother of Ghana defender Jerry Akaminko, has been a target for Kotoko over the years but have failed to land the dominating midfielder due to the price tag of the player which Kotoko were not willing to pay.

And the former Tema Youth star has revealed he will grab the opportunity to join the Kumasi-based side once the Porcupines approach him for his services.

“I’m no more a player of Ashgold. My contract expired at Ashgold right after the league was cancelled,” he told Ghana- Kumasi Base Radio Station Kumasi FM.

“I’ve not spoken to coach Maxwell Konadu yet. He spoke to me when I was contracted to Ashgold for a possible transfer to Kotoko, he told me he spoke to the management and it was positive but I’ve not heard from him since”

“I’m yet to hear from him, but I’m willing to play for Kotoko, it will be an honour for a ‘whole’ Kotoko to approach me. I will thank God if I receive a call from Kotoko asking for my services”

“My regards to all Kotoko fans, ‘Asanteeeeeeeeeeee’,” he shouted”

The 24-year-old has previously played for Medeama SC and Tema Youth before joining Ashgold SC in the 2017/2018 season.

He has played 12 games this season for the Miners leaving them 6th on the league table with 25 points.