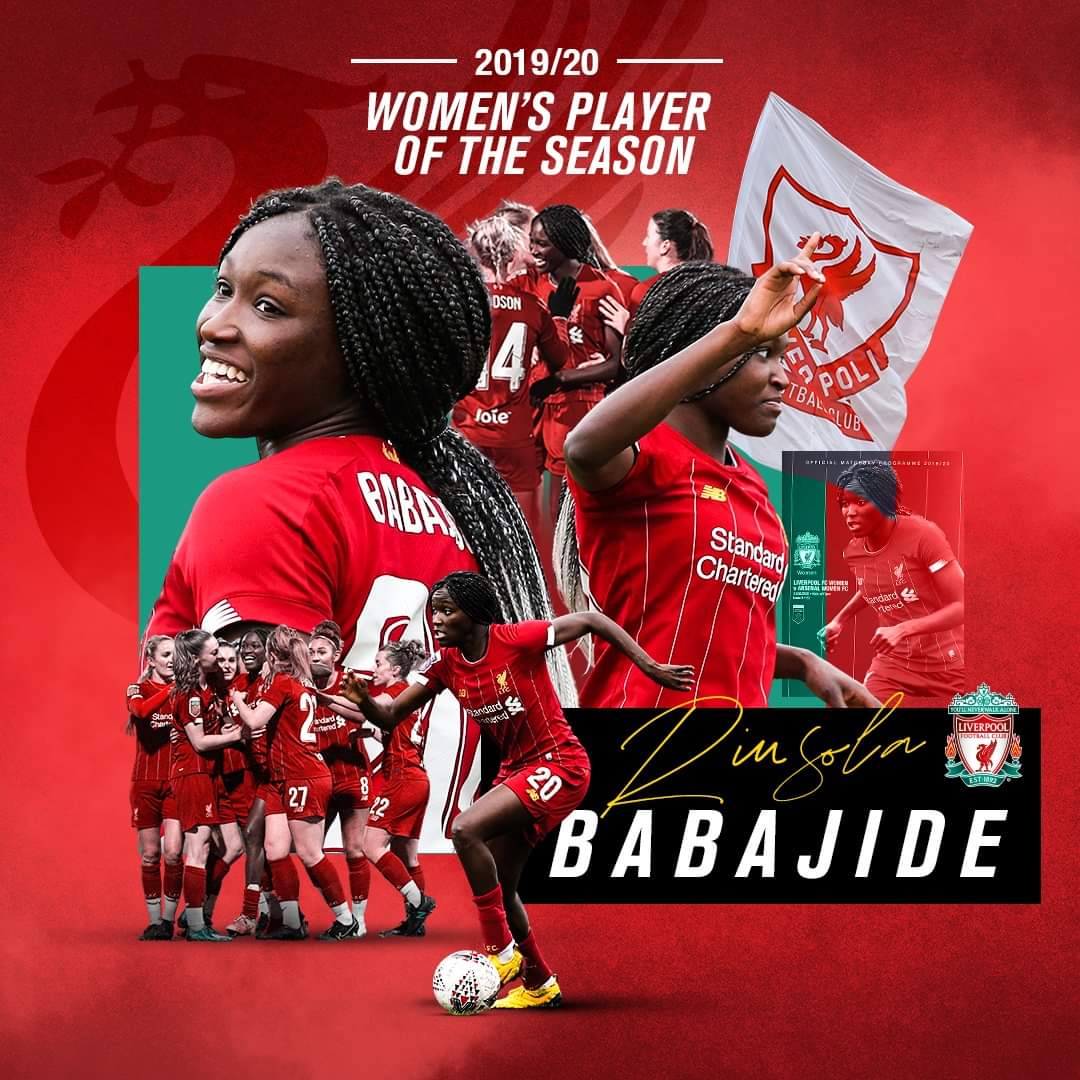 Nigerian English winger Rinsola Babajide has been voted as the best player for 2019/2020 season for the Merseyside club.

Rinsola claims the top spot ahead of Melissa Lawley and Leighanne Robe who finished second and third respectively from a combined poll of votes by Supporters, Officials and the former players association.

Babajide was Vicky Jepson’s side’s top scorer last season with eight goals in all competitions and recently signed a new contract to remain with Liverpool football club Women as they aim to secure an immediate return to the top flight in the coming campaign.

Four of her eight goals were recorded in a single match against Blackburn Rovers Ladies in the 8-1 win by the Reds in the Women’s FA Cup in January.

Lawley, who joined the club last summer, finished a narrow second to Babajide in Player of the Season poll, while Robe came third after her second year on Merseyside.