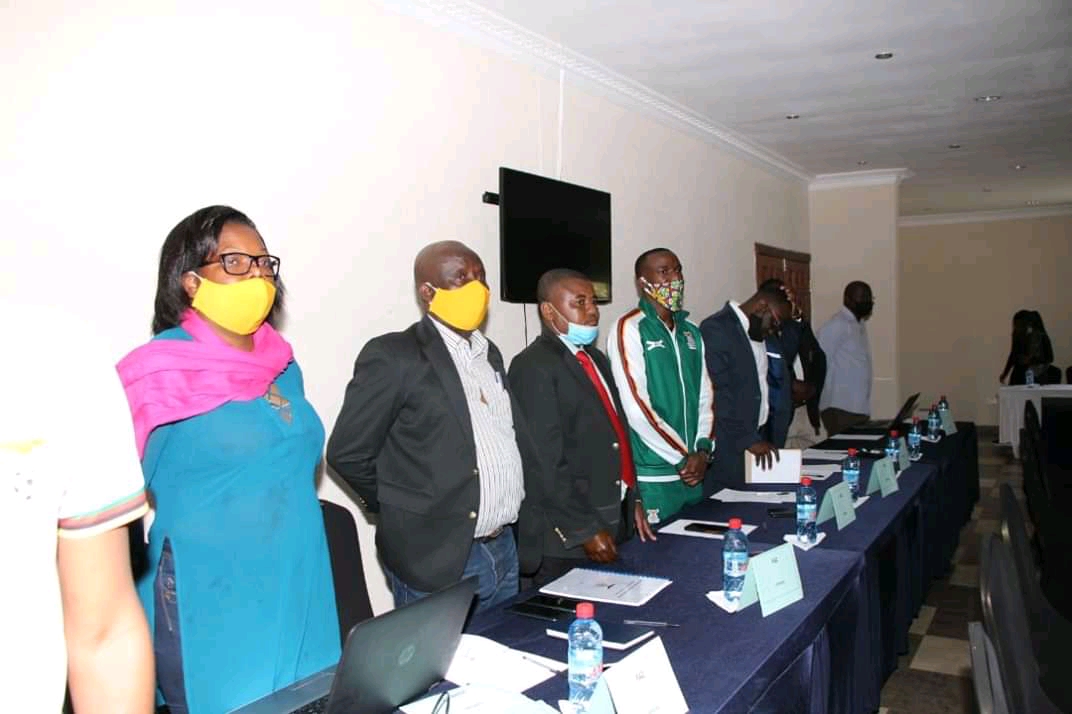 Football Association of Zambia (FAZ) president Andrew Kamanga says clubs will receive their allocation of the FIFA COVID-19 relief funds that will have the first batch disbursed by August month-end.

Speaking at the opening of the FAZ Consultative Meeting with Super League and National Division One team ahead of the 2020/2021 season, Kamanga said the USD1.5 million will have the first disbursement of USD500, 000 received in August while the same amount would be received in January 2021 and the remaining USD500, 000 will be exclusively for women football.

Kamanga said FAZ had engaged the members to ensure that they laid down the roadmap for the 2020/2021 season and avoid the pitfalls experienced during the reconvened league that was prematurely ended in Week 27.

“With regard to financial support, I am glad to report that FIFA has given all the members a grant of USD1.5 million which will be paid towards the end of August (USD 500, 000) and another (USD 500, 000) will be paid in January. Then there is USD500, 000 which is exclusive to the women’s leagues. In total there is USD500,000 for women and one million for everybody else,” he said.

Kamanga said that Super League teams would account for 33% of the funds while the National Division One would get 15% with the developmental and provincial leagues receiving 10%.
“I can assure you that the Super League are getting the lion’s share which is 33%, National Division One will take 15% and the rest of the leagues who are provincial and development leagues will take 10%,” he said.

The FAZ president also revealed that the executive committee has approved the acquisition of authorized wearable GPS trackers designed to analyze and improve the quality of football for all Super League and National First Division teams Under the FIFA Forward support programme.

Kamanga also challenged the clubs to ensure that they did not disown the decisions that they committed during the consultative process.

The FAZ boss reminded the members of the interactions preceding the re-opening of the league where they were given an opportunity to raise concerns and also make suggestions.

“Those of us who were there would remember that there was a consultative process. We met the clubs here in Lusaka and another in Ndola. It was a bit unfortunate that we started hearing from you the members in the press and not through right channels that you were not consulted and that FAZ just imposed the re-start,” Kamanga said.

“Clearly these meetings are very important, I sat through both meetings and those who had issues were given an opportunity.”
Kamanga said FAZ had engaged the Zambia Medical Association (ZMA) who would collaborate with the FAZ medical committee in ensuring that testing protocols are dealt with better.

He also congratulated the winners of the Super League and National Division One for the 2019/2020 season.
Members who had submitted agenda items prior to the meeting have had their matters tabled in the meeting.

The Zambia National Public Health Institute (ZNPHI) also made a presentation on the expected health protocols.