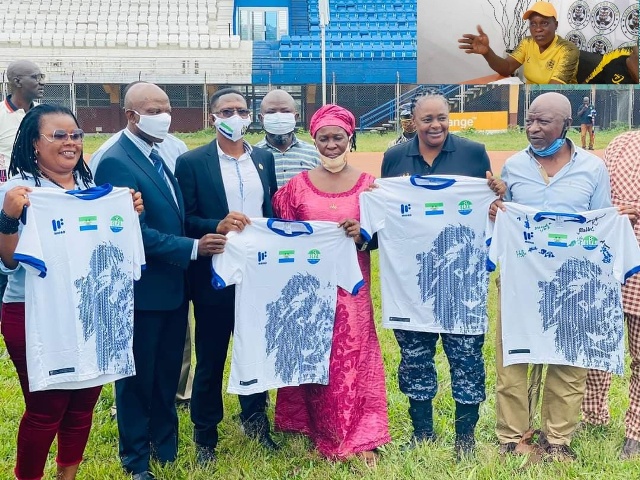 Sierra Leone Premier League female tactician Victoria Conteh is thrilled and relishing her new role as the lead coach for the Sierra Leone U20 female team.

Conteh, who is presently the only female leading a male dugout with East End Tigers, has been impressive since taking the top-flight side.

She became the first woman to win a Premiership match in Sierra Leone following East End Tigers 2-1 victory over Bo Rangers at the Siaka Steven Steven in January. The victory ended Rangers unbeaten run in the campaign.

She also guided the Submarines to three-straight wins against Ports Authority, kamboi Eagles and Mighty Blackpool in February.

Without any exaggeration, her side were three points adrift with a game in hand from league leaders Bo Rangers before the league was halted due to covid-19 pandemic.

Coach Conteh, who is also a CAF instructor, a police officer and a qualified CAF A Licence coach, told FSL news she was elated after she was appointed.

Conteh said: “I’m thrilled to have been chosen for the role as head of a U-20 national side. And also, I want to say thank you to the management of East End Tigers they made me, who I am today.”

“I feel proud because my appointment is based on performance and integrity. I am looking forward to sharing my experiences with the young and exciting girls.”