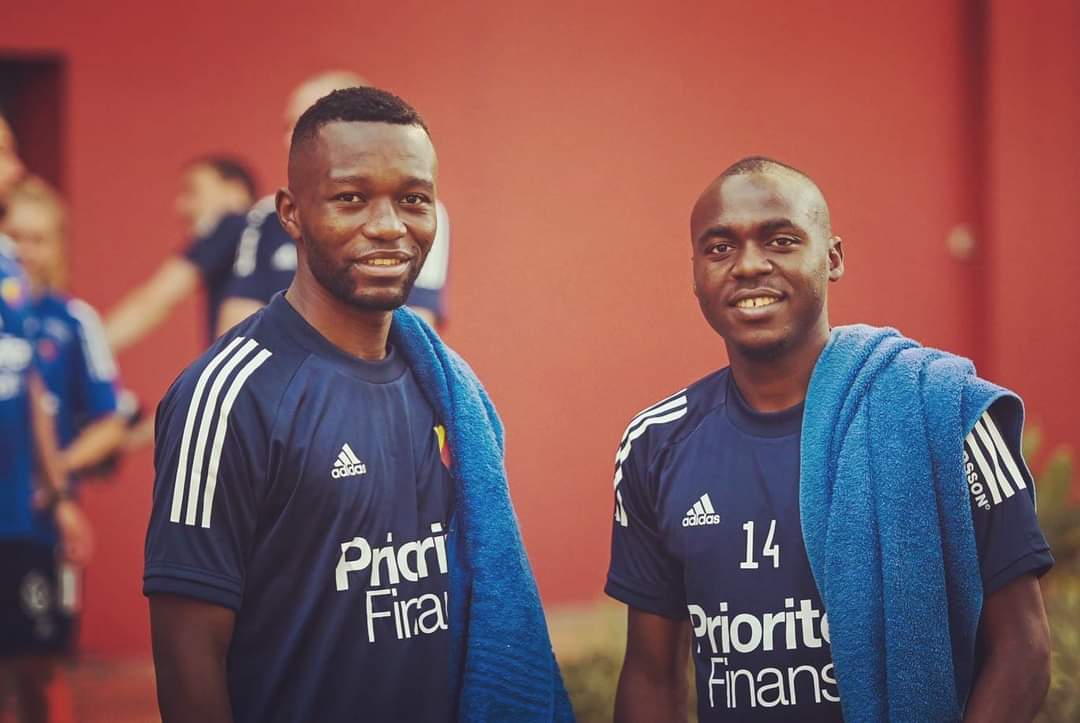 Zambia’s legion of foreign-based stars got mixed fortunes on duty for their respective clubs with the Sweden based duo of Emmanuel Banda and Edward Chilufya inspiring Djurgardens IF to a 3-0 victory.

Banda who has been getting some game time in the last few matches repaid the coach’s faith in him with his headed debut goal in the 45th minute while his countryman Edward Chilufya weighed in with the team’s third goal on the day to put the icing on the cake.

Chilufya was making his return from an injury layoff but it will be Banda who will be the happier of the two with his headed effort after having worked his socks off into the team set up since switching his loyalties from Belgium to Sweden.

The Swedish champions comfortably won the match via a 3-0scorelinee.

In Russia Kings Kangwa finally netted his debut league goal in a match that provided so much drama as to see the Zambian ending up being sent off while his countryman Evans Kangwa who had come in the 64th minute also saw red.

Lameck Banda did not play any part in the match. King’ss rifled home from long range after having provided an assist to see Arsenal Tula narrowly lose 3-2 to UFA. He was however given matching orders forana accumulating a second yellow card. His countryman who had come in the 64th minute was also red-carded for a crude challenge to see Arsenal Tula end the match with nine men.

In Austria Patson Daka picked up from where he left off last season by contributing a goal in Red Bull Salzburg’s 2-0 win over SK Dynamo of the Czech Republic in a pre-season friendly match.
Daka lasted 86 minutes while his countryman Enock Mwepu played for 90 minutes.

There was no action for Fashion Sakala as he watched from the bench as KV Oostende slumped to a 1-0 loss to table-topping Sporting Charleroi in Belgium.
Oostende is rooted at the bottom with zero points after two matches played so far.

On the continent,t Lazarous Kambole got in the groove with a starting berth in Kaizer Chiefs’ 3-2 demolition of Polokwane City that had Cyril Chibwe and Salulani Phiri in their ranks. Although Kambole was not on target it was a welcome show of confidence by the technical bench to give him a starting berth.
Salulani featured for 63 minutes before being withdrawn.