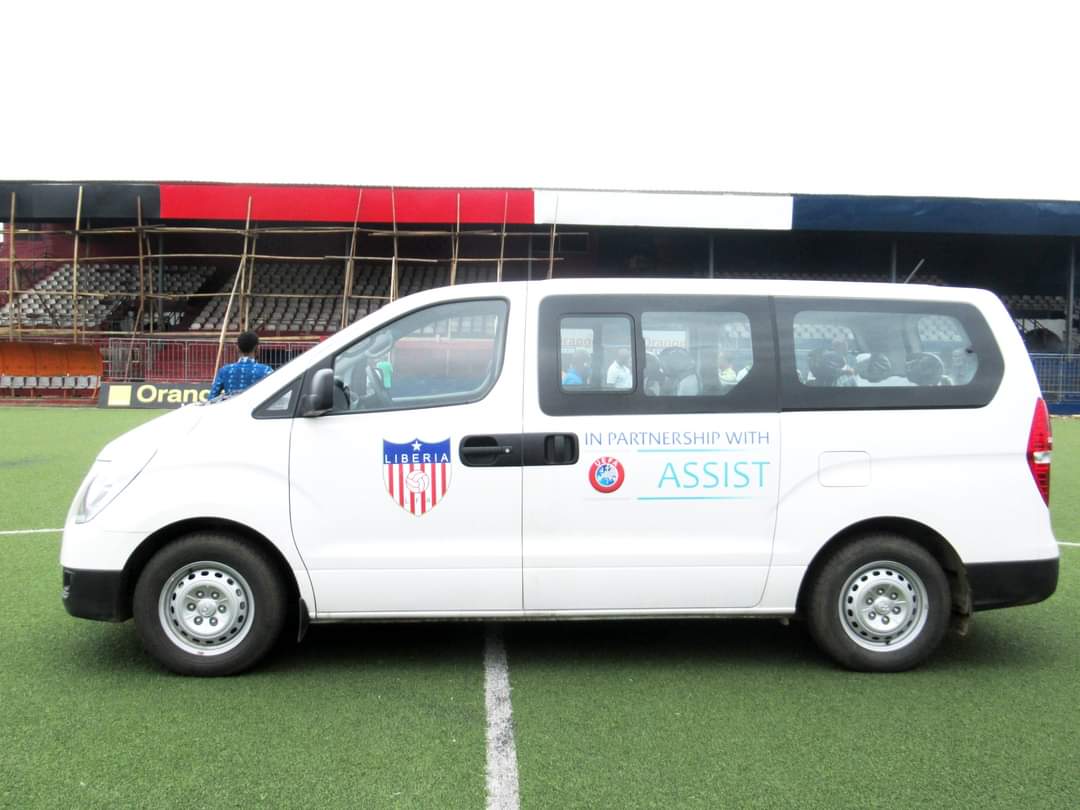 Speaking at a brief ceremony, LFA President Mustapha Raji thanked UEFA for graciously accepting his partnership and plea for help in his drive to develop Liberian football at all levels.

Raji said the Covid-19 pandemic delayed the formal launch of the van.

“We engaged UEFA through the mini van project intended for grassroots. UEFA approved the project and provided the funding for this mini van. This van is for the general purpose of the movement of grassroots players from one league venue to another,” explained Raji, who promised to work with other federations or associations.

The van costs US$39,000 (including all expenses such as registration and insurance), which is mentioned in the LFA 2020 budget approved by congress at the Samuel Kanyon Doe sports complex in Paynesville on 12 June.

Raji said the LFA procurement department submitted three requests for quotations to UEFA, who made a direct payment to Africa Motors (who had the best price) through bank transfers in Monrovia.

“Throughout the project and even though we went through a lot of processes, you also have to launch the bus to show to UEFA that you actually bought what you said you wanted.

“Once everything starts to move smoothly, you will start to see us using it for the movement of young girls and young boys in and out of Monrovia [with this bus],” said Raji.

He said the van, whose maintenance rests on the LFA, will form part of the pool of vehicles.