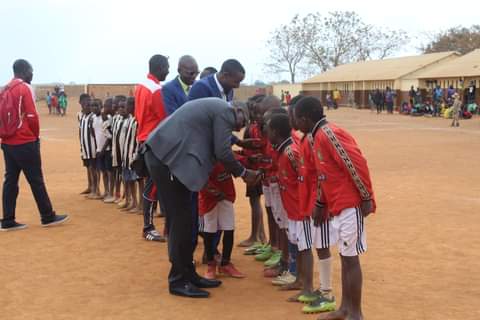 The Football Association of Zambia (FAZ) under-15 national team project is slowly taking shape with the technical directorate commencing assessment of junior players starting with the Lusaka pool.

With the Croatia Invitational Tournament for the under-15 teams and the soon to be introduced Cosafa tournament for the same age bracket, FAZ has gotten down to finalizing a running the establishment of the team.

Technical Director Lyson Zulu says the assemblage of the team will be done within strict adherence to covid-19 guidelines.

Zulu says the first batch will be done this weekend starting with the Lusaka pool while the same exercise will be extended to other provinces.

The selected candidates from the provinces that have been identified through the youth coaches will be invited in batches to Lusaka as part of the selection process to the national team.
FAZ cannot group all the candidates at the same time owing to the covid-19 restrictions.

“We have coaches in the provinces that are critical in talent identification program. We have had various programs like the FIFA Youth coaches program and other trainings that are meant to sustain our grassroots program,” he says.

FAZ has a running partnership with the Croatia Football Federation that has opened doors for coach education.

Zambia has been invited to an eight nation tournament in Croatia that will be held from September 23-29 while Cosafa has announced that it will introduce a competition from under-15 teams in partnership with the UEFA Assist programme.

Zulu says the introduction of the under-15 national team will help sustain the developments in the grassroots.
“We have rolled out a strong grassroots program that has seen us have an under-16 league that is fully running,” he says.

Chipolopolo coach Milutin ‘Micho’ Sredojevic will be keeping an eye on the under-15 project.