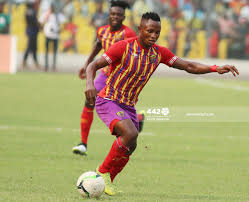 The agent of the former Hearts of Oak forward, Mr. Waliu Ali Mohammed has revealed the reason behind his client’s switch to Dreams FC over Kotoko and other clubs who were interested in securing the signature of Joseph Esso.  Speaking in an interview with Rockson Adjei – Yeboah on Ghana – Kumasi Base Radio Station  FOX FM’s Focal Sports Show, Mr. Waliu explained that, his client chose Dreams FC ahead of other clubs because of football reasons and not for any other reason.  According to him, he considered the future of the player and decided to let him sign for Dreams FC. “I considered the future of Joseph Esso, that is why he signed for Dreams FC”.  When quizzed on why Esso did not extend his contract with Hearts of Oak, Waliu also disclosed that, Hearts of Oak did not contact him during their unsuccessful contract renewal negotiations with the former Ebusua Dwarfs forward.  “If it were to be financial or any other reason, Dreams FC would have been down on the pecking order”.