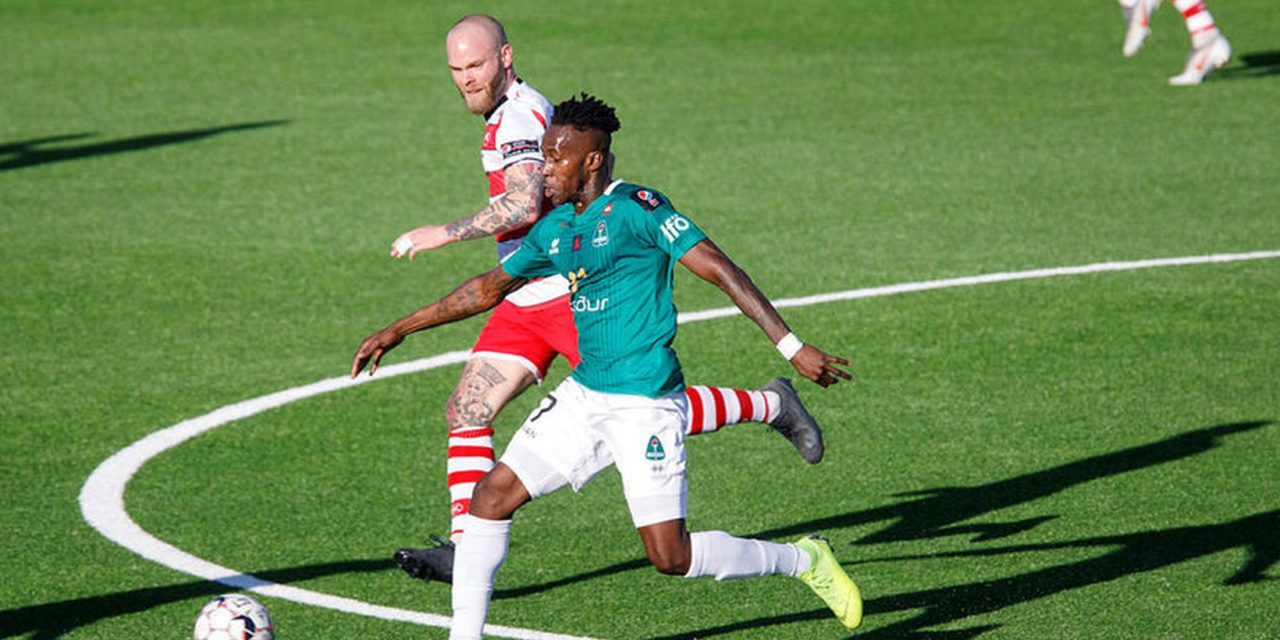 Torgeir Borven scored a brace as Rosenborg dumped their Icelandic counterpart Bredablik 4-2 to reach the Europa League second qalifying round.
Sierra Leone International Kwame Quee pictured, who started on the bench was an unused substitute at the Lerkendal Stadium on Thursday 27th August.

Børven opened the scoring in the 3rd minute and completed his brace in the 29th-minute. Tore Reginiussen 17th and Even Hovland 24th were the other scorers for Rosenborg.

Rosenborg scored four straight goals before their visitor responded with two goals of their own in the Viktor Karl Einarsson and Thomas Mikkelsen in the 60th and 91st minutes as consolation.

The win means the Norwegians will play in the next stage of the competition, which will again be one-legged ties, held on 17 September.

Trond Henriksen was very pleased with the performance in the first half-hour and not least that Rosenborg was good enough to beat Breiðablik.