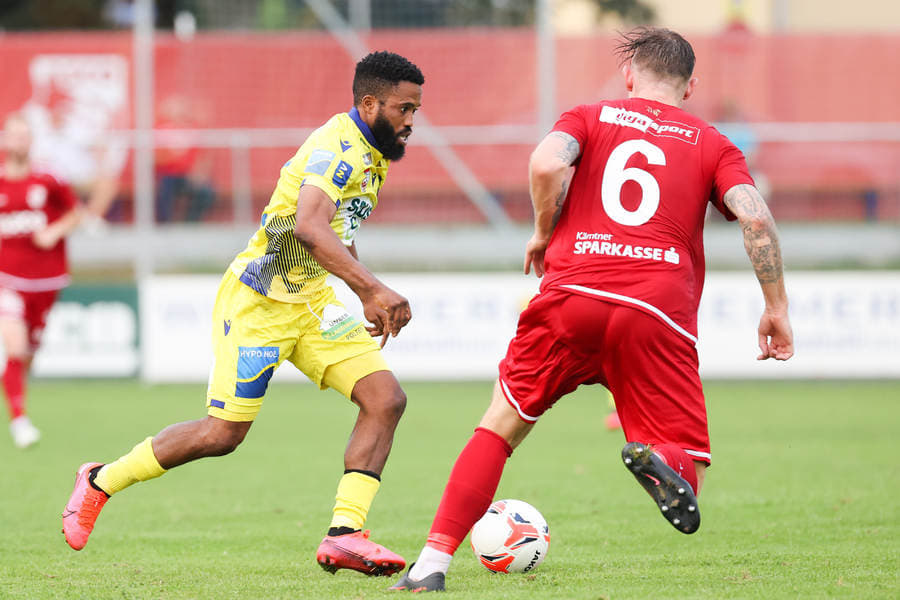 [responsivevoice_button rate=”1″ pitch=”1″ volume=”0.8″ voice=”UK English Female” buttontext=”Listen to this article”]
Striker Amadou Bakayoko and attacking midfielder George Davies were both on scoresheets in England and Austra on Saturday.

Bakayoko, 24, scored a brace as Coventry City completed the double against Peterborough in pre-season friendly.

The Sky Blues in preparation ahead of the English Championship season made it two out of two against Peterborough United in the second game of the afternoon on Saturday.
Amadou Bakayoko bagged a brace, and Jodi Jones scored superb solo effort, as City secured a 3-2 win at the Weston Homes Stadium.
In Austra, George Davies registered his first of the season for SKN St. Pölten in their Austrian Cup tie against ATSV Wolfsburg on Saturday.
In the first round of the ÖFB Cup, the wolves lived up to expectation following a deserving 3:1 victory at ATSV Wolfsburg.
At the ATSV Arena in front of 500 spectators, goals from Kofi Schulz in the 4th minute, George Davies 35th and Ahmet Muhamedbegovic in the 60th completed the win for the Wolves.

Alexander Frank Kienleitner scored a consolation in the 81st for Wolfsburg.