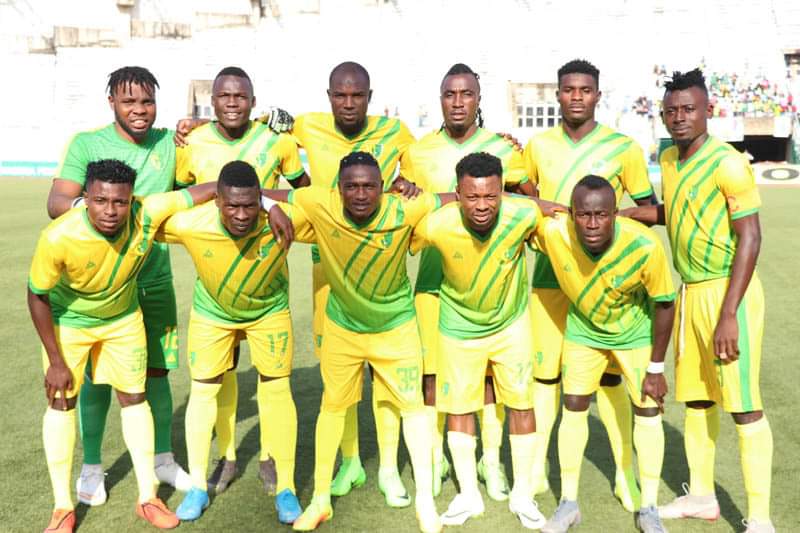 Nigeria Premier League side, Plateau United Might walk on the road that led to the Jos based club elimination in the 2017 CAF Champions League due to the inability of the Plateau state governments to complete the home ground of the club After 32 years.

Construction of Plateau United home ground, The Jos International Stadium began in 1988 under the military government of Major General Lawrence Onoja (rtd) but after about 9 Military leaders and elected governors, the 40,000 capacity stadium is yet to be completed.

But the little works on the stadium didn’t meet CAF standard when Plateau United was the Nigerian flag bearer alongside MFM FC of Lagos in 2018 CAF Champions League.

The Jos based side played their preliminary round against Eding Sports of Cameroon at the Jos International stadium where they eliminated the Cameroon side 4-0 on aggregate before they were told by CAF to look for another stadium to execute their remaining matches.

Playing away from home affected the team against Etoile Du Sahel of Tunisia in Kano where they eventually lost to 4-3 before they finally crashed out of the continent in the Confederation cup against USM Algiers.

With a few weeks away from the kickoff of the 2020/2021 season of the CAF Champions League, The home stadium of the Peace Boys is yet to be completed which simply means Plateau United will have to look for another stadium to execute their games.