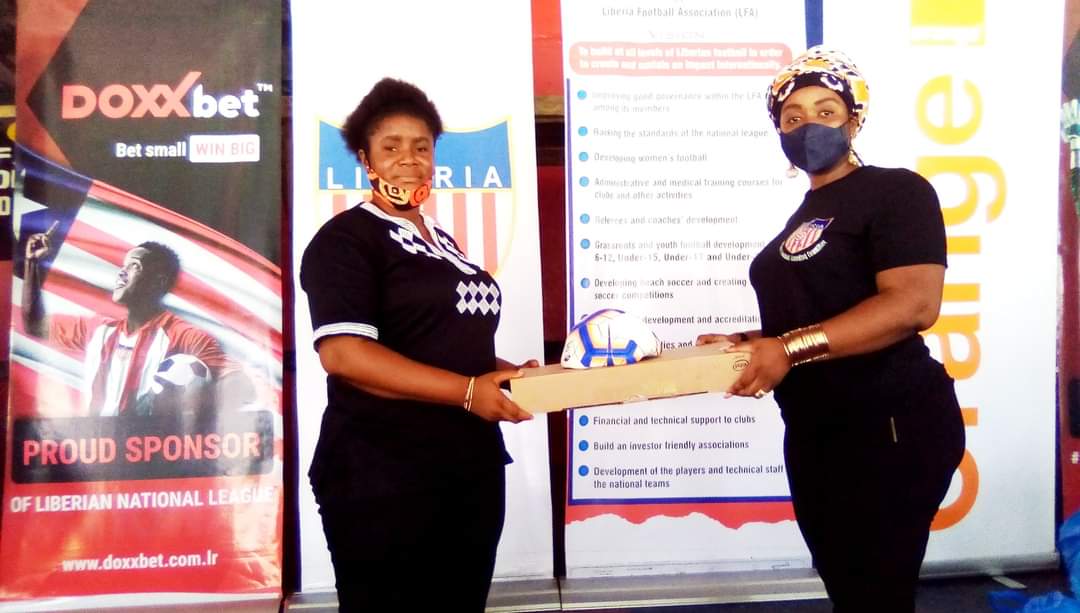 In it’s acommitment to developing women football in Liberia, The Liberia Football Association (LFA) has distributed a laptop, printer and scanner to each of the 18 female clubs (nine upper and lower) to enhance the work of their secretariat.

“We are happy that, sometimes in March, President Infantino promised the world in terms of providing support based on the pandemic to member associations that were impacted by Covid-19.

“Today in addition to that support, we are benefiting from the women’s football development funds and we have utilized a portion of the fund as was approved by FIFA to provide computers and printers to women’s football teams in the upper and lower leagues.

“We have also used funding from the FIFA equipment solidarity funds to provide 20 footballs to each to the women’s upper league and 10 footballs each to women’s lower league,” said Raji on 1 September.

Raji also thanked CAF President Ahmad Ahmad and the executive committee for having approved a Covid-19 relief fund of US$300,000, which is yet to be transferred, to all members.

“We are going to invest more in women’s football. We want to make women’s football the number one priority sport for women in the country and we will continue to do that,” added Raji.

For his part, LFA Vice President Wilmot Smith said the program was a demonstration of their willingness to improve football on and off the pitch.

“For us, it is about giving back to the clubs because grassroots football is a key component of football development. I told some pundits a few days ago to judge us on the basis of our campaign promises and let’s know how far we have come with honouring our promises,” underscored Smith.

LFA executive committee member Jodie Reid-Seton, who chairs the committee on women’s football, admonished the clubs to use the donation for the game and educational purposes.

The distribution of the office equipment by the LFA to the clubs is part of the FIFA Covid-19 women’s development fund of US$500,000.

The LFA commenced the payment of US$8,333.33 to women’s upper league clubs from the FIFA Covid-19 relief and women’s football development funds respectively on August 21.

The LFA also concluded a workshop for medics from the women’s upper and lower leagues on August 29 as part of the return to play protocol in preparations for the 2020/2021 Orange national league.