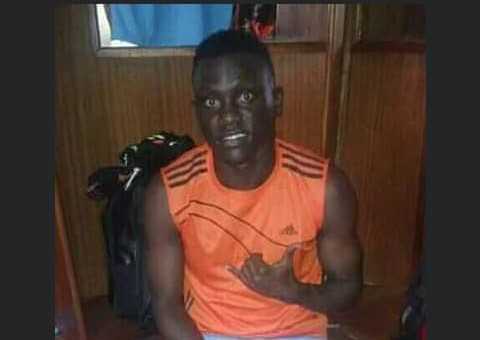 New Onduparaka FC signing says that he has not terminated his contract with his club contrary to media reports.

There were reports this week that Jakisa has terminated his stay at Onduparaka, claiming that the club has failed to pay his sign-on fees.

The reports quoted a certain Fred Lewandowski who was acting on behalf of the player, but Jakisa has said that he doesn’t have any agent at the moment.

It should be noted that Jakisa’s former club Nebbi Central, also claimed that he was still contracted and never authorized his move to Onduparaka.

“I want to make it very clear that I have not made any such decision and as such I am still very much a player of Onduparaka FC,” the player has said.

“I have not sent a formal termination letter to the club. At the time of signing, we mutually agreed that the contract as was represented on my side to play for the club. The club informed me that they would first prepare a memorandum of understanding that will be discussed by Nebbi Central before final issues surrounding my terms are finalised.

“The agreed ties were to be paid before the season begins pending further communication from the head of state regarding the resumption of footballing activities.

“The decision to play for Onduparaka was personal one and nobody should speak on my behalf as I do not have an agent at the moment.”

Jakisa says that he is looking forward to play for Onduparaka added that all communication about him will be through the club’s CEO.