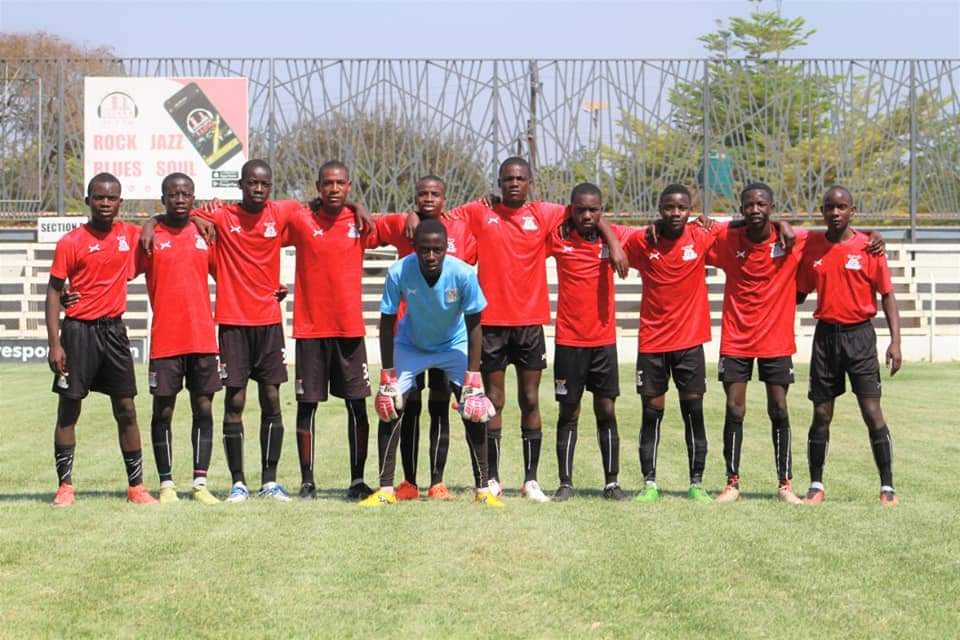 The Zambia Under-15 national soccer team on Saturday afternoon showed their potential when they squared off against the City of Lusaka youth team at Woodlands Stadium in Lusaka.

The Chisi Mbewe and Aaron Kawangu coached squad held City of Lusaka 0-0 in the first match before they lost 3-1 in the second match which was used to gauge the team’s readiness ahead of this month’s 8-Nation “Vlatko Markovic” Croatia Invitational Tournament.

The young boys dominated play in the first game, showing coordinated movement and teamwork but were unable to penetrate the City defence which also was quick to play in the wings.

Mbewe made 11 changes in the second lively match which saw City score the game’s first goal before Barcelona Academy product Thomas Mwambazi scored a screamer to level the scores. However, the Under-15s went to concede two more goals but coach Mbewe was impressed with the level of play displayed by his boys.

“We decided to give the boys the friendly game against a bigger side like the City of Lusaka so that we just gauge the level of fitness of the players and see the coordination of the team. So far so good, I am happy with the sharpening of the team and the way the boys have responded to the training with commitment and focus which is really impressive,” said Mbewe.

‘We really need to work on scoring goals so that where we are going (in Croatia), it will be competitive. For us to achieve the goals that we are planning for Croatia, we need to score goals and be able to win the tournament.’

Mbewe assured the country that the boys will be ready for the Croatia tournament, where they are in Group B alongside Romania, Bosnia & Herzegovina and North Macedonia.

“We are trying, by all means, to engage these young boys with more mature sides so that we just encourage them to work extra hard so that they are ready to play their same-aged players which will be a plus to us and to our advantage,” he added.

Mbewe was also impressed with the final 21 member squad which was assembled after a countrywide national selection process.

“There was so much talent from the boys all over the country and if I were told to pick everyone, I would have done so but because of the numbers, certain players were not selected but again, the doors are still open for the 15-year-olds because these are the future of the national team,” he said.

‘This (talent identification) is a very good development that the Football Association of Zambia has come up with.

It’s a long term plan for the 2030 World Cup. In development, we don’t focus much on the results but we look on developing the players for the future, and the Croatia tournament is high motivation to the young boys.’