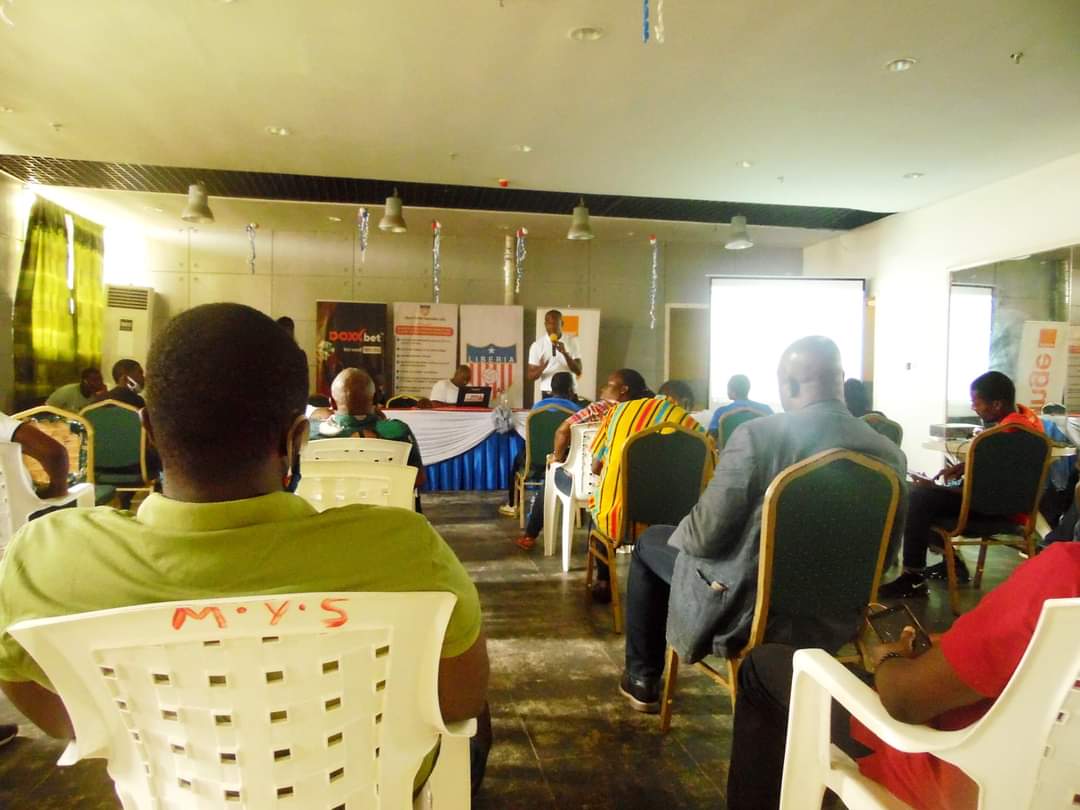 The Liberia Football Association (LFA) has been validating the inputs of clubs to the rules and regulations that will govern the Orange 2020/2021 national league, which kicks-off on 24 October.

Some of the inputs made by clubs were the minimum wage of players in the male and female divisions; reduction in the fines and fees and appeals to transfer players from the women’s lower to upper leagues.

The validated version has been sent to secretary-general Isaac Montgomery to be submitted to the executive committee for approval.

The approved rules and other regulations will be circulated to all stakeholders, including the media.

The LFA convened interactive sessions for clubs in the first, second and women’s upper divisions at the Samuel Kanyon Doe (SKD) sports complex in Paynesville from 26-28 August.

Several power-point presentations were made on the rules and regulations governing the status and transfer of players.

Speaking at the closing, Raji stressed the need for clubs to take advantage of the window to register their players.

“The LFA Connect is controlled by FIFA. So there will be no extension. Clubs that will not register to take part in the league will be doing it at their own risk.

“The club licensing regulations, rules and regulations for the league and regulations governing the status and transfer of players will be enforced to fullest. It is important that we respect the rules.

“We also like to encourage you to pay out to your players the 440-per cent allocated from the [FIFA] Covid-19 relief funds covering their salaries and bonuses.

“We hope you enjoyed this workshop. We wish your families are in good health. We hope that we can again meet on 24 October for the opening of the national league. We hereby declared this workshop officially closed,” said Raji.