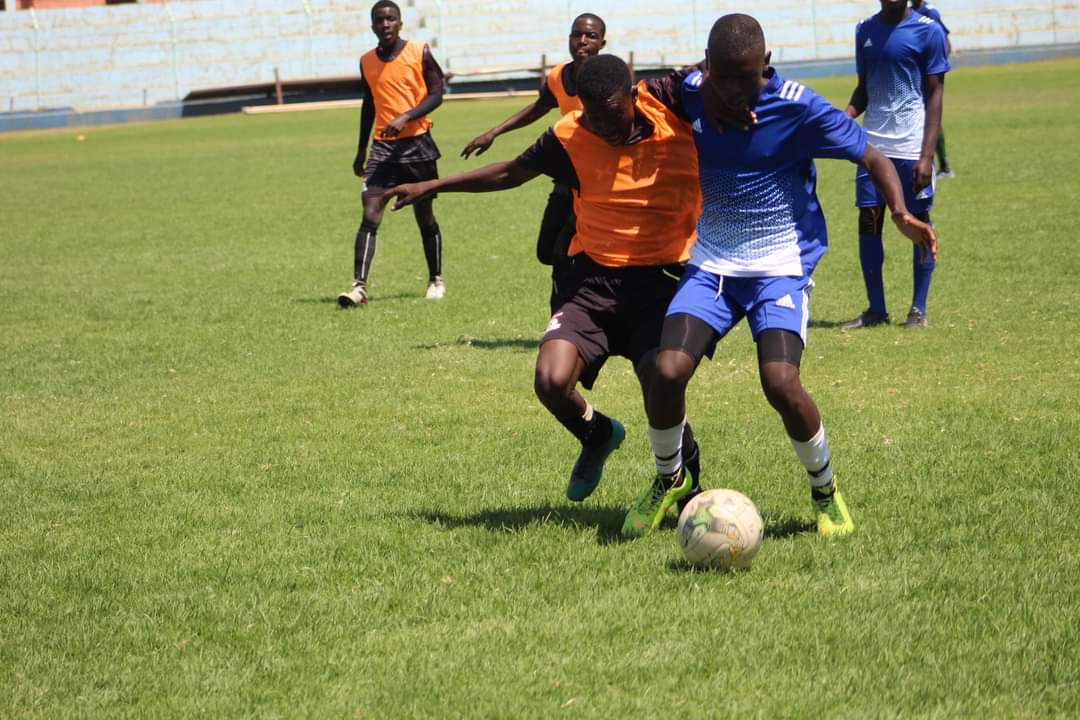 The Zambia under-15 national team have continued their preparations for the 8-Nation “Vlatko Markovic” Croatia Invitational tournament with two test matches against a Kafue select side.

Coach Chisi Mbewe lined up his first team side that walloped the Kafue Select side with a 5-0 score line in the first match at Nkoloma stadium.

Tug-Argan Snipers product Perkings Mwale lit up the first match with a brace while the rest of the goals came from Paul Mwape, Bwalya Maimbi and Mizu Sikazwe.

In the second match, Mbewe who is being assisted by Aaron Kawangu made wholesale changes to the squad which raced to a 2-0 win.

Goals were scored in either half through Thomas Mwambazi and Mwale (Perkings) who was re-introduced in the late stages of the second game.

The practice matches are part of the refining process with the junior teams having already tested themselves on Saturday against City of Lusaka.

Mbewe’s side drew 0-0 in the first match before losing 3-1 in the second game.

Currently 26 lads are in camp with the final 21 members expected to be named by the end of the week.

Zambia has been placed in Group B alongside North Macedonia, Bosnia& Herzegovina and Romania. Group A has hosts Croatia, Bulgaria, Montenegro and Qatar.

The Croatia invitation is part of the Memorandum of Understanding signed between FAZ and the Croatia Football Association.