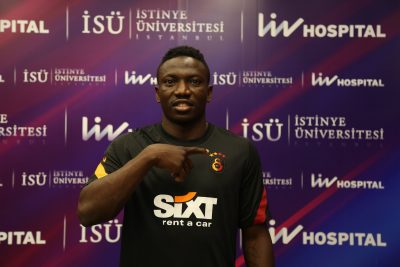 Galatasaray Sportif A.Ş.  of Turkey has announced the arrival of Former Warri Wolves player, Oghenekaro Etebo after an agreement was reached with Stoke City for a loan transfer of until the end of the season.

24-year-old Oghenekaro Etebo, whose role is a midfielder, was born on November 9, 1995, in Lagos, Nigeria.

The Midfielder began his journey with  Nigerian side Warri Wolves before Moving to Europe in the 2015-16 season,  to join Portugal’s side, Feirense team, and after half a season there, Etebo made a transfer to Las Palmas where he gained La Liga experience.

At the beginning of the 2018-2019 season, the Nigerian football player, who was transferred to Stoke City, one of the long-established teams of England, for a deal of 7.2 million Euros, took part in 45 matches in the England Championship League.

Etebo returned to La Liga after being a loan to Spain’s Getafe team in January of the season before returning to club Stoke City by taking part in 11 official matches in half a season.

Galatasary welcome Oghenekaro Etebo to the club and wish him a successful season under the Galatasaray jersey.