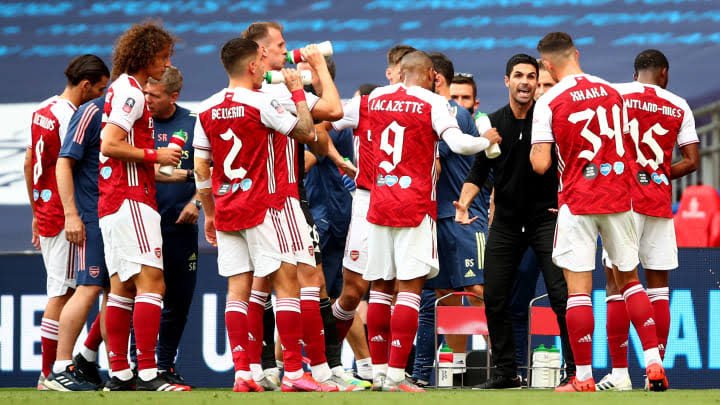 Arsenal boss Mikel Arteta will be without seven key players for the Premier League opener with Fulham today- including defender David Luiz.

The Gunners will travel to Craven Cottage to face the newly-promoted Fulham in their 2020/21 curtain-raiser, which is the weekend’s early kick-off.

But the north Londoners will have to make do without Luiz, who is still undergoing treatment on a neck spasm and other players.

Below are injury list of Arsenal ahead of Fulham tie.

David Luiz
Luis is Currently being assessed and undergoing Neck spasm treatment with good response which will make him miss Saturday’s match at Fulham.

Emile Smith Rowe
Rowe Sustained an injury to his right shoulder in training as the Protective sling will be removed by the end of next week and aiming to integrate back into training soon afterwards.

Sokratis
Right calf. Sustained mild strain to right calf in training. Will miss Saturday’s match at Fulham. Aiming to integrate back into full training within the next week.

Calum Chambers
Calum Chambers is still undergoing treatment for  Ruptured anterior cruciate ligament of his left knee during a home game against Chelsea on December 29.

Pablo Mari
Another player still recovering from an jury sustained  last season is Pablo Mari who suffered a significant sprain to ankle ligaments during an away game against Manchester City  on June 17.

Gabriel Martinelli
Martinelli is also on the injury list with a Left knee sustained injury during training on June 21.