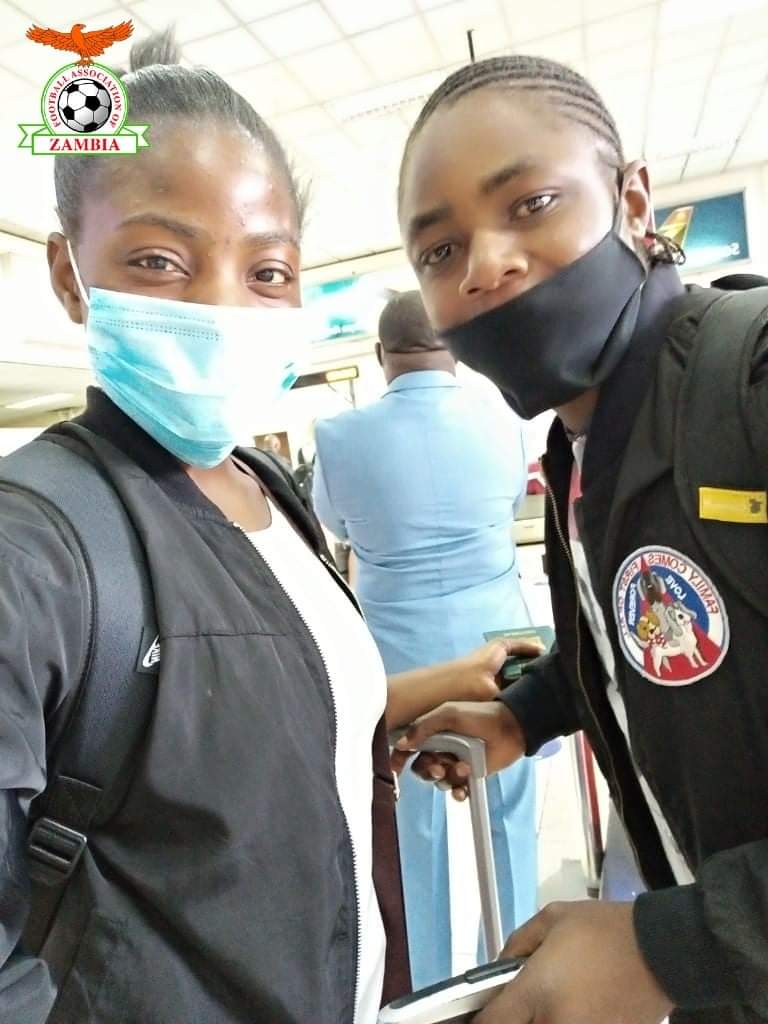 Mubanga and Nachula formerly of Red Arrows and Green Buffaloes respectively, left Zambia via Emirates Airlines this afternoon after completing all formalities since they were signed on a three-year deal in June 2020 by the Spanish second division side.

The duo was influential as Zambia made history by qualifying to the Tokyo 2020 Olympic Games which were originally scheduled to take place in July 2020 but were rescheduled to July 2021 due to the COVID-19 pandemic.

Speaking in an interview at Kenneth Kaunda International Airport shortly before departure, Mubanga was happy to finally head to Zaragoza in northern Spain and promised to do her best.
“Firstly I want to say thanks to God, my family Red Arrows, my coaches, teammates and everyone that has been involved in my career. I am excited to start my career at Zaragoza and promise to put in my best to make my country proud and also my new club,” Mubanga said.

“I am going there with Racheal is good for Zambian football because it will open doors for more players to play in Europe. On my part, I will continue working hard and being determined because I believe the sky is not even the limit.”

On the other hand, Nachula has set out an objective of playing an influential role in ensuring that Zaragoza qualifies to Spain’s top league.

Nakula and Mubanga join the growing number of players from the Copper Queens set up trekking into foreign leagues.
Zambia now has four players in Europe with Misozi Zulu and Rachael Kundananji (both BIIK Kazygurt) who have been joined by Nachula and Mubanga.

Barbara Banda plies her trade in the big-money Chinese league where she turns out for Shengli Shanghai.