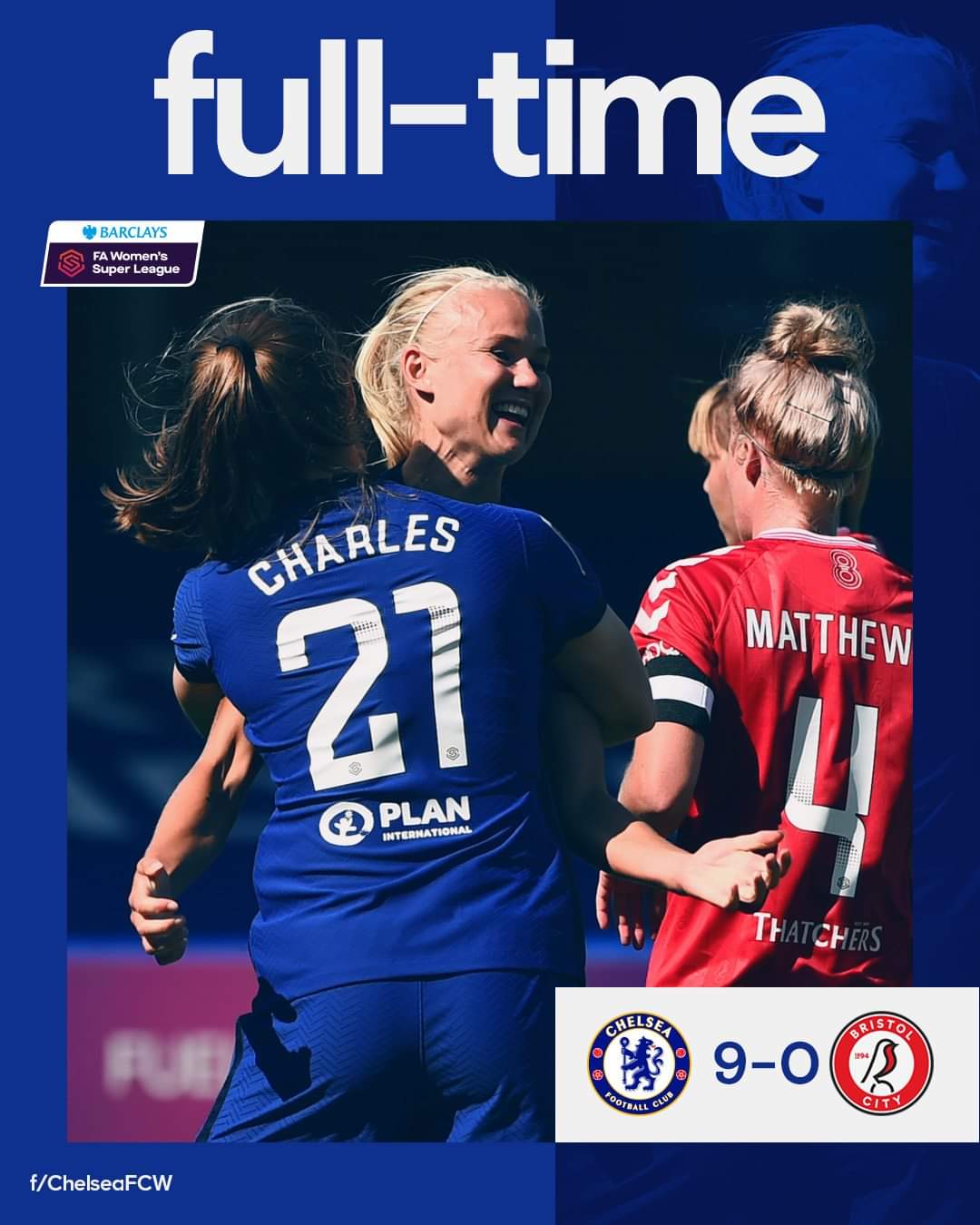 Emma Hayes’s side took control the game from the very first whistle and after two relatively profligate showings this season.

With a point already on the bag after a 1-1 with Manchester United on their league opener, wasn’t long for the Community shied champion to lead in front of goals as Fran Kirby got the ball rolling with her first goal since May 2019, after a long injury lay-off last season, and by the time it was half-time Chelsea had a 5-0 lead and the contest was effectively over.

Maren Mjelde doubled the advantage for Chelsea when she confidently slotted home a penalty after Ji So-Yun was brought down in the box, sparking a run of four goals in nine minutes.

Melanie Leupolz was next on the scoresheet, opening her Chelsea account with a thumping diving header, and she was soon joined by Erin Cuthbert and Millie Bright.

By the standards set in the first half, the Blues made a slow start to the second 45, but once again there was another burst of goals in quick succession.

Bethany England turned home from close range, as Chelsea leading scorer from the past two seasons had her first of the new campaign and then substitutes Niamh Charles and Pernille Harder finished smartly to join Leupolz in scoring their maiden goals for the Blues.

There was still time for a ninth and, quite remarkably, it came from a ninth different scorer making Chelsea be the first club to have nine different scorers on the scoresheet.

Sam Kerr had been heavily involved in several of Chelsea earlier goals and finally, inside the last 10 minutes, she had the goal her performance deserved.

It could hardly have gone much better for the Blues ladies basking in the September sunshine, and the day after Arsenal had scored nine at West Ham as they matched their achievement and laid down their own marker in what promises to be another thrilling race to be crowned champions of England.